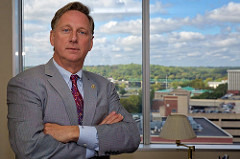 The two largest U.S. casino resort companies, who also are the leading sport book operators in the United States, became the inaugural members of the first-in-the-nation Sports Wagering Integrity Monitoring Association (SWIMA), a nonprofit organization designed as a collaborative entity to partner with state and tribal gaming regulators; federal, state and tribal law enforcement; and other various stakeholders to detect and discourage fraud and other illegal or unethical activity related to betting on sporting events.

George Rover, former assistant attorney general and deputy director of the New Jersey Division of Gaming Enforcement, was appointed as the chief integrity officer for SWIMA, and will be responsible for the organization’s day-to-day functions.

“We are excited to roll out the first integrity monitoring association in the United States, ensuring a safe and secure betting environment for consumers across the country,” Rover said. “We look forward to partnering with gaming regulators and law enforcement in all states that legalize sports betting to undermine fraud and manipulation and protect the integrity of sports betting.”

The initial members of SWIMA, who will each be represented on its Board of Delegates, include most of the major sports betting operators with the expectation that all operators in the United States will join as sports betting is rolled out to all jurisdictions.

Stephen Martino, senior vice president and chief compliance officer for MGM Resorts International and formerly the chief gaming regulator in Maryland and Kansas, and Jan Jones, executive vice president of public policy and corporate responsibility for Caesars Entertainment and former mayor of Las Vegas, will serve as SWIMA’s initial Board of Trustees.

“With sports betting being legalized in more and more states, SWIMA’s principal goal is to protect consumers, operators and other stakeholders from potential fraud caused by the unfair manipulation of events on which betting is offered,” the organization said in a press release. “Reaching this goal requires a multi-jurisdictional approach with operators in different states and tribal jurisdictions sharing information related to unusual or suspicious activity in their sports betting operations within and between different markets and, when appropriate, with gaming regulators and law enforcement.”

Members will promote SWIMA’s core objectives, which include:

• Providing a safe and secure betting environment for consumers in the legal markets in the United States; and,

• Protecting the integrity of sports betting and related activity by detecting bad actors and discouraging activities that profit from unfair betting markets.

SWIMA will be fully funded by sports betting operators in all markets in the United States, and will not require funding from any state or the federal government, taxpayers or the sports leagues. SWIMA will work with risk management professionals and gaming regulators in identifying suspicious activity and will provide alerts to all members that could result in investigation and follow-up action as necessary.

“We are thankful for the support and guidance from ESSA (Sports Betting Integrity), a European integrity monitoring association that has years of experience in monitoring betting markets across Europe,” Rover added. ESSA assisted SWIMA to facilitate a quick operational rollout. It is expected that SWIMA will continue to work closely with ESSA and other integrity monitoring groups to combat sports betting-related corruption on a global basis.

The American Gaming Association lauded the forming of the association.

“The formation of the Sports Wagering Integrity Monitoring Association serves as another important milestone toward realizing the benefits of a legal, regulated sports betting market in the United States, which provides robust consumer protection, increased transparency and additional tax revenues for state and local governments,” said Sara Slane, senior vice president of public affairs for the American Gaming Association.

“Today’s announcement comes at a critical time as dozens of states and sovereign tribal nations are poised to pursue legal sports betting in 2019. Moving forward, SWIMA will provide an important hub for all stakeholders to work together, further demonstrating the industry’s commitment to upholding integrity across all facets of a legal, regulated sports betting market.”

The data-sharing and marketing agreement, similar to deals the company has concluded with the NBA and the NHL, will see the Las Vegas-based casino giant designated “Official Gaming Partner of MLB,” the league’s first ever, and “Official Entertainment Partner of MLB”.

The agreement covers promotions across the league’s media platforms and brings the MLB brand into MGM’s newly created playMGM sports betting platform, a joint venture with UK-based GVC Holding, with an official statistics feed. The platform also will have exclusive access to an enhanced statistics package developed by Major League Baseball.

“Ultimately, that will be a differentiator versus our competitors, particularly because in-game betting is going to be so popular,” said MGM Chairman and CEO James Murren. “The latency of data is going to be the critical component.”

The agreement extends also to development of an interactive fan experience in Japan, where baseball is hugely popular and where MGM is hoping to land one of three licenses for a casino megaresort.

In all, Murren professed himself “thrilled” with the deal, which follows close on the heels of the historic partnerships with the NBA in June and the NHL in October.

“We know that given a choice of two similar products, nearly three-quarters of fans will gravitate toward a product that is affiliated with their favorite sport,” said Nehme Abouzeid, who operates LaunchVegas, a branding consultancy focused on tourist markets. “This deal helps MGM with ongoing branding to baseball fans, but it could also drive sportsbook revenue through direct response campaigns since it will likely have daily exposure to the MLB fan throughout the 162-game season and playoffs.”

The agreement was announced last Tuesday at the ICE Sports Betting USA Conference in New York where Murren, seated alongside MLB Commissioner Rob Manfred Jr., said, “We look at sports betting as a portal to a total interactive experience. Sports betting will be part of a portfolio of activities that customers engage in, whether it’s social gaming, poker, casino gaming, other forms of internet gaming. If you look at it that way, the universe is much broader.”

The agreement also appears to quash any efforts by Major League Baseball to seek royalties for the use of official league data by bookmakers in states where sports betting is legalized, the stated purpose of the fees being to protect the integrity of the information.

“We’re actually offended by that concept,” Murren said. “Our whole business model is based on integrity. We don’t feel we need to pay a fee to do what we do every single day. But we are willing to pay