Uber, Lyft Under Attack in Nevada 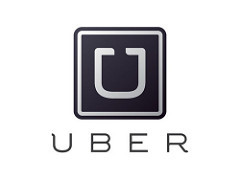 Changes have been added to a Nevada Assembly bill regulating ride-sharing services such as Uber and Lyft that could have the effect of running them out of the state.

Senate Bill 226 began as a measure designed to ensure that contractors who work for the companies obtain business licenses. But an amendment from Assemblyman Richard Carrillo, a Las Vegas Democrat tacks on a requirement that drivers also get permits from the Nevada Transportation Authority and makes it mandatory that drivers carry a minimum of $300,000 in insurance coverage when using the app and a minimum of $1.5 million when providing rides to passengers.

The companies say the insurance requirements will be the highest in the country and are designed in reality to protect traditional taxi operations. Cab companies had loudly opposed the competition when the state approved ride-sharing back in 2015.

“The Nevada Legislature is contemplating a radical transportation proposal that will move the state backward,” said Robert Callahan, director of the Internet Association, which represents companies like Amazon, Google and Facebook in addition to Lyft and Uber.

“This proposed regulatory scheme is nothing more than a thinly veiled effort to recreate the old taxicab monopoly by eliminating ride-sharing services from the state,” he said. “If this proposal is passed, Nevada will become the only state in the nation to reject progress and better accessibility to transportation options for its residents.”

The association that produces the huge CES trade show in Las Vegas shared its concerns as well in a letter to Gov. Brian Sandoval and members of the Legislature.

Gary Shapiro, president and CEO of the Consumer Electronics Association, called Carrillo’s amendment a “poison pill” that “would upset the balance of transportation options available in Nevada”.

“As the owner and producer of CES held each year in Las Vegas, CEA is acutely aware of the benefits that transportation choice has brought to Nevada,” he said. “Over the past two years when Uber and Lyft have been operational in Las Vegas during CES, our over 170,000 attendees have experienced significantly shorter wait times for all forms of transit.”

The bill was in the Assembly Ways and Means Committee last week awaiting action. If approved by the Assembly, the Senate would have to concur in the changes.