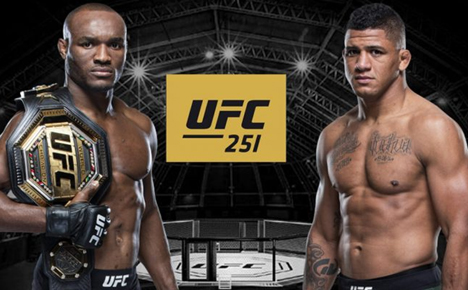 After much deliberation and hush-hush plans, all the details are set for UFC 251 on July 11—in Abu Dhabi.

The next big UFC event is absolutely stuffed with storylines. Saturday, July 11 is sure to be a night to remember for mixed martial arts fanatics.

The main intrigue surrounding UFC 251? Location. For months, UFC President Dana White has hinted that he would be scheduling cards at a so-called “Fight Island.” White actually tried to secure a private island with an outdoor beach octagon to keep the fights going, and going safely.

When he couldn’t find the perfect site, he struck a deal to hold the next four UFC events at Yas Island in Abu Dhabi. That’s right—UFC on the beach. It’s as close to must-see TV as you can get.

Actually, fighters will get a limited beach octagon for training purposes, as White noted in a tweet Saturday night. But bouts will be held in an empty arena, like most recent sporting events.

Now that a location has been established, let’s take a look at the absolutely stacked UFC 251 main card. There will be three title fights starting at 10 p.m. ET, featuring some serious heavy hitters.

As a new sports bettor at GoldenNuggetCasino.com, you’ll get a welcome offer that includes a $100 Risk-Free Bet! Terms and conditions apply. New accounts only.

First, let’s talk about the currently-vacant bantamweight title fight. This one figures to be a very one-sided affair, with Petr Yan heavily favored (-240) over UFC legend Jose Aldo. Yan is 14-1-0 all time and 6-0-0 since joining the UFC in 2018. The pair have a nearly identical height, weight and reach, but the advantage in such a scenario goes to the six-year younger fighter in Yan.

Aldo is an all-time UFC great whose contributions to the sport will never be forgotten. Unfortunately, the star fighter is on the decline. He’s dropped four of his last six fights, and if the oddsmakers are correct, this will mark his fifth loss of seven. With absolutely no disrespect to Aldo, you can heavily lean on Yan to remain undefeated in the UFC and capture the bantamweight title. 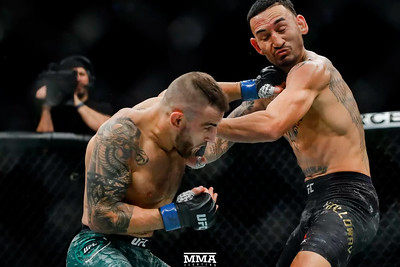 The featherweight title fight will be a rematch of UFC 245, where it was also the co-main event. In both of the fighters’ first bout since December, Alexander Volkanovski (-225) will look for the same result as he defends his title against Max Holloway. Both are recovering; Holloway looks to bounce back from defeat while Volkanovski is recovering from hand surgery.

Volkanovski is not only in better form because of UFC 245, but better overall. The Australian is 8-0-0 since joining UFC for an overall record of 21-1-0. Holloway, on the other hand, only emerged victorious from one of three fights in 2019 after a previously long and dominant run as featherweight champion. So, while it’s not out of the question for Holloway to avenge his recent defeat and take back his belt, expect Volkanovski to stay dominant and keep the featherweight title to himself.

Bet on sports with ResortsCasino.com, and your first wager will be matched, dollar for dollar, up to $250 FREE. Terms and conditions apply. New players only.

Finally, the main event on the 11th will be bittersweet, featuring Kamaru Usman (-235) and Gilbert Burns. Usman is the defending welterweight champ and was heavily and publicly linked to Jorge Masvidal for this title defense. Not only did Masvidal seem the likeliest candidate to face off with Usman this month, but the two also got into a verbal exchange back in February that sparked plenty more speculation.

Unfortunately, talks recently broke down and now Usman will need to instead go through Gilbert Burns to retain his title. Both are managed by Ali Abdelaziz. Both train at Sanford MMA. So this will be a faceoff by teammates.

Usman is 16-1-0 lifetime and 11-0-0 in UFC bouts. Burns is 19-3-0 in his career and 12-3-0 since joining UFC. While Burns is a very worthy opponent, many fans were really hoping for a Usman-Masvidal match and are naturally disappointed in this result. Usman is on top of his game right now and should walk away with the victory.

So come to Fight Island to see what Dana White’s been cooking up for fans. Don’t forget to throw in a couple winners while you’re at it. The next fights in the series are on Wednesday, July 15, Saturday, July 18 and Saturday, July 25.