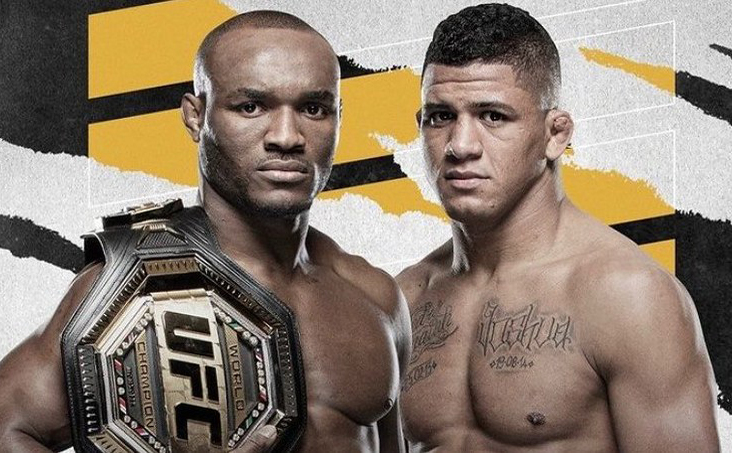 At UFC 258 this Saturday, second-ranked Gilbert Burns opposes welterweight champ Kamaru Usman. Follow these tips on when to bet the moneyline and when to go the prop route.

How live is “The Dog”? Fight fans will find out when second-ranked Gilbert Burns opposes welterweight champion Kamaru Usman (“The Nigerian Nightmare”) on Saturday, February 13 in Las Vegas. The UFC 258 Usman Burns matchup should be an entertaining brawl.

Usman is not only defending his welterweight title, but his prestige. He’s fifth in the Ultimate Fighting Championship’s pound-for-pound rankings, which measures the top fighters in all of the UFC.

This contest is compelling from either side, for different reasons. Follow these tips on when to bet the moneyline and when to go the prop route.

Bet the Moneyline on Burns

For Burns backers, this is a no-brainer: take the moneyline of +220 at (affiliate link) WilliamHill.com. There’s no need to be distracted by prop bets as the first wager. Props can enrich the betting portfolio, but the moneyline is too good to pass up.

Both fighters come into this event on good performance cycles. Usman’s only career loss came in 2013. Since then, he’s won 16 in a row, beating nine of his last 11 opponents inside the distance. Burns has captured his last six, including four by decision, one by TKO, and one by submission.

Both fighters have a decision victory over Tyron Woodley. That demonstrates a comparable talent level. Now it’s a matter of how they match up against one another. We’ll see at the Usman Burns battle.

Ready to bet on Burns Usman at UFC? Get a $500 risk-free bet when you sign up to wager at WilliamHill.com.

For Usman backers, it’s hard to find value on the moneyline. He opened in the vicinity of -225 across the major sportsbooks and has drifted up near the prohibitive -300 territory.

WilliamHill had him at -270 early in the week.

Patterns of fighters who opened in that range in recent fights has been a run up toward -300, and some dips down after underdog backers find the line attractive.

Usman bettors will be prepared to buy on the dip, presumably if the odds fall back below -250.

Proposition bets bode well, both for Usman or Burns bettors.

They’re a valued alternative for Usman backers. As UFC 258 gets close, props will appear regarding the method of victory and specific round stoppages.

There are a couple of options regarding the victory method. Select one of the fighters to prevail specifically by decision, KO/TKO or submission and the payoff is greater. Take either fighter to win by those exact methods and the payoff drops while the chance of victory increases.

Look to the Undercard 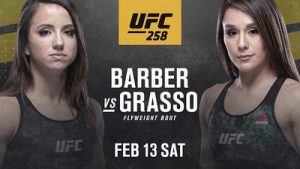 Alexa Grasso and Maycee Barber will meet in an entertaining co-feature on Saturday.

Grasso’s fights have been going long. Eight of her last nine outings have ended in decisions. Barber, conversely, has been a powerhouse, notching six straight victories inside the distance before losing on points to Roxanne Modaffieri last January.

Betting on either fighter to win by their favorite method won’t pay that much. But a Grasso KO/TKO or a Barber decision—the opposite of what they’ve been doing—will pay well.

Create a new player account at PlaySugarHouse.com, make your first deposit, and you’ll get a 100% deposit match up to $250.

Sportsbook promos will appear on varied sites as the fight draws closer. They present odds boosts and some incentives for first-time users. At the very least, the odds boost eliminates the vig.

What: Ultimate Fighting Championship 258
Where: at ESPN+, broadcasting from UFC Apex, Las Vegas
When: Prelims 8 p.m. ET followed by the Main Event at 10 p.m. ET