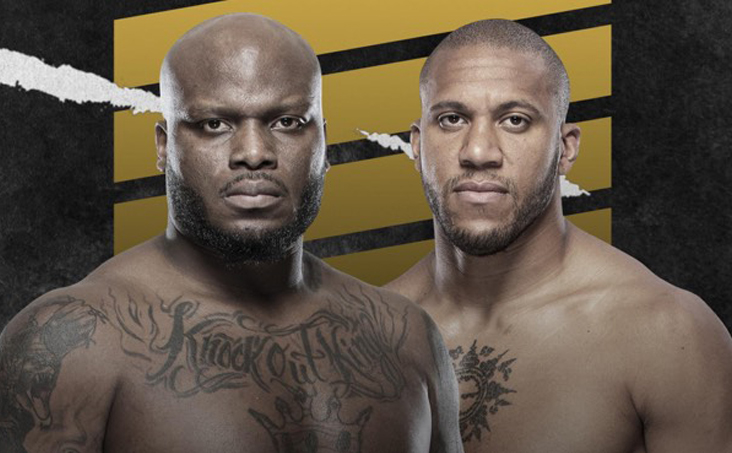 This weekend, it’s Derrik Lewis vs. Cyril Gane at UFC 265 in Houston. Here’s how to bet on the interim heavyweight title bout.

The UFC interim heavyweight championship is on the line at UFC 265 on Saturday night. with No. 2 Derrick Lewis (the “Black Beast”) facing No. 3 Ciryl Gane (“Bon Gamin”).

The fight is taking place in Lewis’ hometown, Houston, Texas. But he’s a significant betting underdog at +310, while the undefeated Gane sits as a -400 favorite.

How should we bet this title fight?

Gane has taken the UFC by storm since making his debut, compiling a 6-0 record in the promotion.

Standing 6’4” and built like a Greek god, Gane has been soaring up the heavyweight ranks. He’s scored wins by knockout, submission, and one-sided decisions.

Lewis has been on a tear as well, most recently finishing Curtis Blaydes with a violent knockout, despite sitting as a +330 underdog.

Finishing 20 of his 25 wins by KO, you can never count out the 36-year-old. He simply needs one punch to finish a fight, and Gane hasn’t faced a striker with that kind of power just yet.

While Lewis has the strength to win by knockout—he sits +340 to win by KO—Gane is simply too polished in the standup—and he has enough discipline to keep this fight at range, to stay away from Lewis’ right hand.

In wins over Jairzinho Rozenstruik and Alexander Volkov, two noted kickboxing threats, the French fighter was able to dominate in a standup showdown, out-striking his opponents in both fights.

I see a slow start to this fight from an action standpoint, with Bon Gamin chopping down on Lewis’ lead leg and sapping some of that violent power. Lewis will look to push forward, but Gane’s defense is too sharp. He’s dishing out more than five strikes per minute while posting the fourth best significant strike defense among active heavyweights, per UFCStats.com.

As the fight drags on, this will only play into Gane’s strategy who can start to move forward and hunt for a finish.

There’s too much finishing equity for Lewis to land a knockout blow for me to lay the chalk on Gane. But I do see this fight playing out like his prior two contests, and the calculated undefeated heavyweight taking over as the fight goes on. He’ll take home the interim belt and set up a showdown with heavyweight champion Francis Ngannou.

New customers at BetMGM.com start with a risk-free bet, up to $600. If your first bet loses, you’ll get the amount of your wager back in free bets.