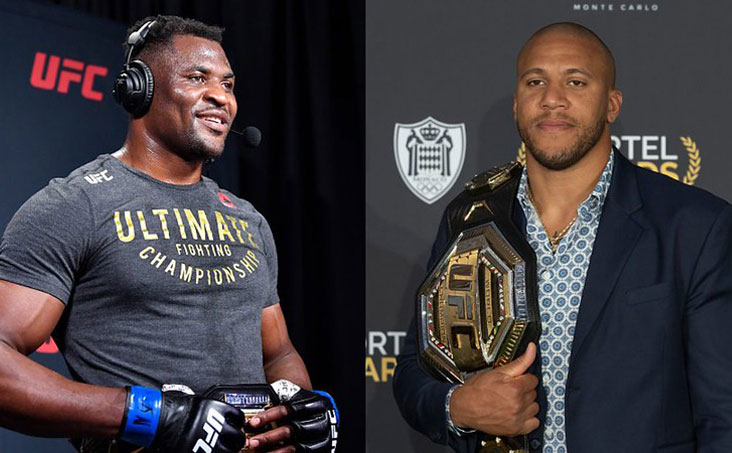 Two belts are on the line at UFC 270. Topping the bill: the heavyweight bout pitting champion Francis Ngannou against interim champ Ciryl Gane.

UFC 270 is the first pay-per-view fight of the season, and it might actually be worth the recent price hike for UFC Fight Night (from $69.99 to $74.99). The main event: the heavyweight title fight between champion Francis Ngannou and interim champ Ciryl Gane.

The Ngannou-Gane bout isn’t the only title up for grabs at UFC, coming Saturday at the Honda Center in Anaheim, California. In the flyweight division, Brandon Moreno will defend his title when he takes on Deiveson Figueiredo.

In addition to the two title fights, the undercard has some strong bouts as well. Michel Pereira (-310) vs. Andre Fialho in the welterweight division, a heavyweight contest between Greg Hardy (-165) and Sergei Spivac, and Cody Stamann (+170) vs. Said Nurmagomedov in the bantamweight division.

We take a look at those fights and predict who will prevail on Saturday night.

Coming into the main event, interim heavyweight champion Ciryl Gane faces Francis Ngannou, who holds the belt. Gane wants to unify the decision and is a +120 favorite to do so.

Ngannou, currently at -145, is undefeated in his last five fights. The impressive thing about “The Predator” is that only one of those five bouts went past the first round. Of 16 victories by Ngannou, 12 have been by knockout. But past that first round, he could run into trouble. His conditioning and stamina have been questioned, though he’s shown more poise in recent efforts.

Gane, on the other hand, is the more complete fighter. He’s won by knockout, submission and decision. He hasn’t lost a fight in his UFC career, going 10-0. Another advantage for him is that Ngannou is his former training partner. If anyone respects his opponent’s power, it’s Gane.

“Bon Gamin” has multiple ways he can win this fight, while Ngannou really only has one. If Gane can avoid the knockout punch, he should win.

Bet with confidence at the King of Sportsbooks, BetMGM. New customers start with a risk-free bet, up to $1,000. If your first bet loses, you’ll receive the amount of your wager back in free bets. 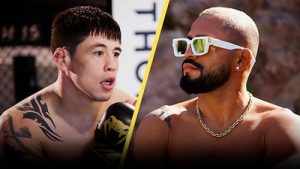 Deiveson Figueiredo has faced Brandon Moreno twice before, but remains winless against the flyweight champion. The first contest was a draw, while Moreno got a submission in the third round of the rematch.

Figueiredo is understandably the underdog, fetching +120 odds at BetMGM, while Moreno is at -175. That doesn’t mean Figueiredo should be disregarded in this bout, despite coming in with two current defeats for the first time in his career.

If Figueiredo is going to win, though, he has to get past two obstacles. The first is avoiding Moreno’s superior striking, which could yield a knockout if he isn’t careful. The second might be much more difficult. Figueiredo is 34, and Moreno is six years younger. While Figueiredo isn’t washed up, he’ll be facing a younger, faster, stronger Moreno. And that difference might be too much to overcome.

Double down on your first settled bet at Golden Nugget Sportsbook. Place your bet of choice on any sportsbook market (min. odds -200) and your stake will be matched with a Free Bet up to $250.

Pereira Peaking at the Right Time 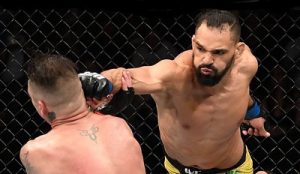 If Andre Fialho could pick his UFC welterweight debut, it probably wouldn’t be against Michel Pereira. But Fialho said yes, and on short notice, taking the bout two weeks ago. His late entry shouldn’t be an issue, since he’s been training at a UFC facility.

Confidence won’t be a problem either. Fialho won his last four fights by knockout, and 11 of his 14 victories have been by KO. Pereira should be able to withstand any punching flurries, and will mix strikes with attempted takedowns. He’ll add devastating kicking attacks as well.

While Fialho is a formidable foe, he comes in at +260, while Pereira is at -350. This should go to a decision, but Fialho could find himself on the wrong end of a knockout or submission.

Grab this New Player Offer at Unibet Sportsbook. Sign up today and your first cash bet will be insured up to $500 back if you don’t hit a winner.