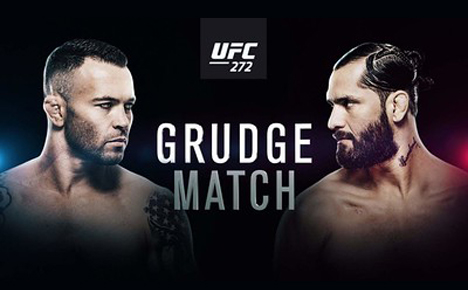 It’s an epic main card in UFC 272 this Saturday. Here are our picks for the Covington-Masdival fight, the Spivac-Hardy match and more.

UFC 272 is upon us, with an electrifying slate and five big-time matchups on the main card. It’s headlined by friends-turned-foes Colby Covington and Jorge Masvidal in the welterweight division. For “Chaos” and “Gamebred,” this one will be personal—an epic event, packed with hostility and excitement.

Here are our picks for each fight: 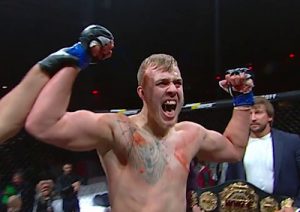 Retired NFL defensive end and heavyweight contender Greg Hardy re-enters the ring for his 12th career bout, this time against Moldovan Serghei Spivac. Of the duo’s 27 combined career fights, only five have gone the distance. 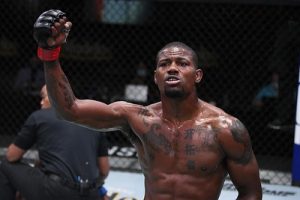 The welterweight contest features two versatile fighters, as both Kevin Holland and Alex Oliveira have a long history of both knockout and submission victories. The advantage here will not be in fight style, but rather in size. Holland has a four-inch height advantage and five-inch reach advantage over Oliveira. Holland’s also had more success in significant strike and takedown accuracy over his career.

These two might take a little while to figure each other out in this bout, but Holland will ultimately have the clear advantage.

The featherweight matchup also features fighters of divergent styles. Edson Barboza delivers a lot of significant strikes and likes to stay up on his feet. Bryce Mitchell, by contrast, averages a lot of takedowns and likes to get his opponent on the mat.

Both fighters will try to dictate the style of this fight. Ultimately, I trust Barboza—with more experience and a five-inch reach advantage—to triumph in this one.

Lightweight Renato Moicano hasn’t had the lengthy career of his opponent, Rafael Dos Anjos, but he’s had more success in significant strikes and takedowns during his shorter time in MMA. Moicano also has an advantage of three inches in height and two inches in reach.

The 37-year old Dos Anjos will definitely hold his own, but in the end, youth will prevail and Moicano will be victorious. 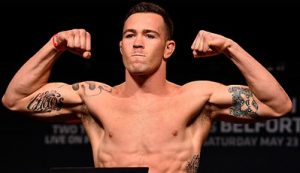 This is the headline fight everyone is waiting for, as ex-roommates-turned-enemies Colby Covington and Jorge Masvidal go toe-to-toe in the main event.

This one will be an aggressive fight based on mutual hostility. Both welterweights are skilled in striking, but Covington’s clear advantage in jiu jitsu will serve him nicely. And while there’s lots of hype around this fight, the outcome is almost too predictable. Expect a Colby Covington victory.

This is a solid group of fighters who are bound to put on a show under the Saturday night lights. If you took our five picks in a parlay, your odds would be +1210 ($100 to win $1310.02)! For more analysis, see John Reger’s take on fight night in this week’s 5 Bets. Good luck and enjoy the fights.

March is Problem Gambling Awareness Month. Do you think you have a problem? Click here to learn the signs and symptoms, and for tips to keep gambling fun.