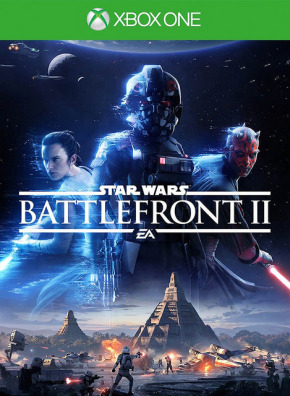 The UK Gambling Commission issued a statement saying that it does not consider the use of “loot boxes” in video games to be gambling as long as the virtual items found in the boxes cannot be cashed out by players.

The loot boxes are the latest form of skins trading in video games to draw attention from gambling regulators. The boxes can be purchased, often with real money, and contain virtual items and extra game features. Items in the boxes are unknown until they are purchased. Since some game items—also known as skins—are more highly valued than others by players, many problem gambling advocates say buying the boxes is a form of gambling and worry that children playing the games could be affected.

Belgium and the Netherlands have both launched separate investigations into loot boxes to determine if they do constitute unregulated gaming.

The issue came to a head with the recent release of Star Wars Battlefront II from EA games, which had a reward system built around the boxes. However, boxes could also be bought with real money. Due to the controversy, EA suspended real money purchases of the boxes.

In a statement published on the UK Gambling Commission’s official website, Executive Director Tim Miller said that loot boxes were identified by the commission as a potential problem in a position paper on video games released by the commission in 2016.

The statement noted that the line between gambling and non-gambling features can be blurry, but said certain factors determine what is gambling. The commission said if in-game items whose acquisition is based on chance can be “considered money or money’s worth”, then these constitute gambling. However, if such items cannot be cashed out and can only be used within the game, then it is more difficult to consider the transaction a form of gambling. The commission so far has ruled that loot boxes are not gambling.

“Where it does meet the definition of gambling it is our job to ensure that children are protected and we have lots of rules in place, like age verification requirements, to do that,” the statement said. “Where a product does not meet that test to be classed as gambling but could potentially cause harm to children, parents will undoubtedly expect proper protections to be put in place by those that create, sell and regulate those products.”

Meanwhile, reports have been surfacing that the Belgian investigation will declare the purchase of the boxes as a type of gambling, though Belgian authorities have not officially released any statements.

Also, shares of EA sports have fallen since the controversy became public by as much as 8.5 percent, according to Forbes magazine. That has wiped out about $3.1 billion in shareholder value, but the company’s stock is still up about 39 percent on the year, the report said.