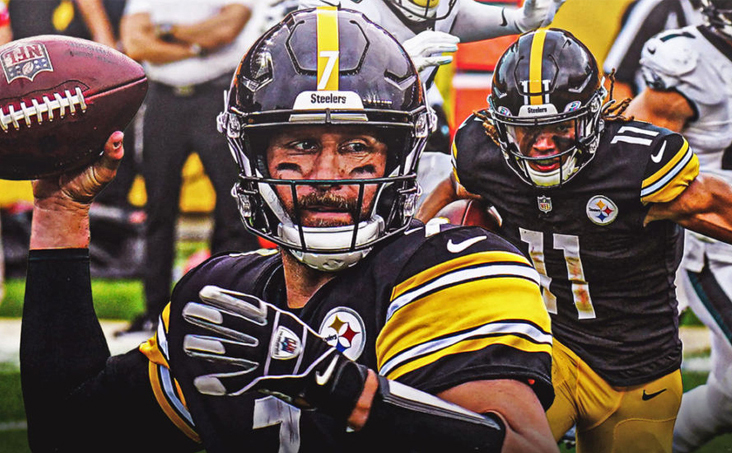 The Pittsburgh Steelers are 6-0 in this NFL season, but in Week 8, the Baltimore Ravens, at 5-1, could pose a formidable challenge to the Black and Gold’s elite defense.

Per ESPN, the Pittsburgh Steelers are the only team in the NFL to keep their opponents scoreless on their first possession all season long.

“We always want our defense to go on the field first, just to set the tone,” wide receiver JuJu Smith-Schuster said about Pittsburgh’s win over the undefeated Tennessee Titans in Week 7. “I think it changed the momentum. And when Ben (Roethlisberger) called tails and we got tails, Ben said, ‘Y’all, let’s receive.’ It changed the whole tone that, you know, first drive, you go down and put points on the board and the rest is history. … As you can see in the previous games, we always put our defense on the field first to set the tone, but we believe our offense can do the same thing.”

The Baltimore Ravens are coming off a bye week and are a major test for Pittsburgh’s elite defense. Baltimore has scored on the opening possession in four of six games.

“We realize that we’ve got AFC North ball next week on the road,” Steelers HC Mike Tomlin said. “We’re going to a group that has seven days’ advantage on us, so there’s a lot for us to be urgent about. We won’t spend a lot of time celebrating this or appreciating this because it’s just more work that lies ahead.

“But we like that element of the journey and we’re excited about assessing what’s transpired, hopefully making necessary improvements and positioning ourselves for next week’s challenge.”

The Steelers and Ravens will meet Sunday, November 1 at 1 p.m. ET at M&T Bank Stadium in Baltimore. Watch the game on CBS.

Get all the latest odds including spread, moneyline, total, first-half spread, second-half spread and more at BetQL.co! 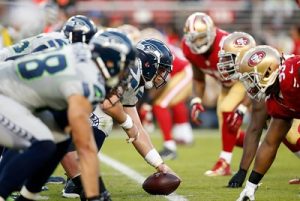 Meanwhile, the Seattle Seahawks opened as a -6 home favorite against the San Francisco 49ers for their Week 8 matchup, but the line quickly moved to +/- 3 after the Seahawks lost 37-34 to the Arizona Cardinals on Sunday Night Football.

The Seahawks allowed 37 points and over 500 yards of offense to the Cardinals in their overtime loss. To make matters worse, they didn’t sack (or even hit) Kyler Murray one time.

“Both sides (of the ball) had the opportunity to stop (the Cardinals) or make the first down or just clear it up in how we handle the football,” Seahawks HC Pete Carroll told 710 ESPN Seattle’s Danny and Gallant. “It’s just a classic explanation of when you turn it over, it’s really hard to win … We made some big mistakes and couldn’t get off (the field on defense) when we needed to and it turns out they get the opportunity to win. They outlasted us and we weren’t finishing the way we needed to.”

All in all, Carroll continued, “I think we just need to keep finding ourselves as we bring this thing back together. I don’t feel like we’ve been at full strength. I don’t think we’ve seen the best of us. I think it’s going to come here in time and we’re going to have a chance to see us. It’s a long season.”

The head coach said he looks forward to seeing what starting safety Jamal Adams and rookie defensive end Darrell Taylor look like when they get back. “We were really, really excited about what (Adams) was bringing,” Carroll observed. “I’m looking forward to getting a little bit of a boost from (Taylor), … and just continuing to grow.

The 49ers will meet the Seahawks Sunday, November 1 at 4:45 p.m. ET at CenturyLink Field in Seattle. Watch the game on FOX.

Insights, analysis, betting odds—all you need to make a strategic wager! Sign up at iGamingPlayer below, and we’ll deliver—every week, for free.

Get to Know the Dail