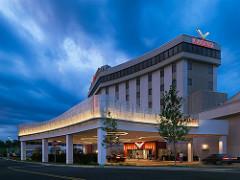 The Pennsylvania Gaming Control Board has levied a $52,000 fine on the Valley Forge Casino in King of Prussia, reportedly for going overboard on issuing free-play rewards to its loyalty club members.

According to the board, lower-level employees were found to have regulatory loaded loyalty cards with free play rewards, totaling 557 times in 2016 and 2017 for a total or $411,000, in violation of regulations requiring close control of such player rewards.

Casino lawyer Michael D. Fabius told the Philadelphia Inquirer that no fraud was involved in the free-play awards, as each was approved by a supervisor with the authority to issue comps.

“We have absolute confidence that every one of these free-play transactions was issued to a real customer with a real business reason,” Fabius said. He noted that 170 customers received the slot play noted by the board, with 80 percent of the award money going to the casino’s top 20 players.

The gaming board has been hyper-sensitive to excessive free play since a scam by an executive of Mohegan Sun Pocono in which he loaded free play totaling $420,000 to cards to a cocktail waitress, using numbers she lifted from player cards while serving drinks. The waitress then played the amount through and cashed out to split the money with the executive. That scam resulted in a $1 million fine for Mohegan, the largest fine issued by the board in the 14-year history of gaming in Pennsylvania.

Valley Forge officials agreed to pay the fine in the current case.