Vegas Visitation Down 70 Percent in June 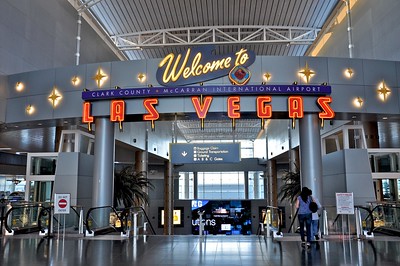 Midweek occupancy remains in the doldrums absent the convention trade for which Las Vegas became famous. All in all, though, compared to April and May’s near-zero visitation, the first month of the gaming industry’s reopening looked pretty good.

Visitation to Las Vegas in June came in at just over 1 million, a decline of 70.5 percent from the 3.6 million visitors who came in June 2019.

That’s not bad compared with the shutdown months of April, when volume fell 97 percent, and May, when it was down 95.9 percent, and the city drew a total of around 163,000 visitors combined.

Passenger volume at McCarran International Airport was down 76.6 percent for the month.

Figures compiled by the Las Vegas Convention and Visitors Authority indicate the greater Southern Nevada market averaged just 95,396 available hotel and motel rooms during June, down from 149,627 rooms a year ago. The total number has since grown to around 115,000 as more properties reopened.

Total hotel occupancy was 40.9 percent for the month. Weekend occupancy came in at 51.8 percent. Midweek occupancy, absent conventions, was only 36.5 percent.

The average daily room rate was $104.07, a decline of 13.6 percent versus last year. Revenue per available room, a key metric of resort industry profitability, was $42.56, down 61.5 percent.

Through the first six months of the year, Las Vegas visitor volume is down 54 percent to 9.73 million. The flow of passengers through McCarran is down 53.8 percent.

Gaming revenues on the Strip are down a corresponding 47.9 percent. Downtown is off by 45.5 percent.