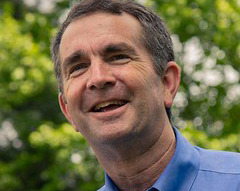 Virginia Governor Ralph Northam recently signed Senate Bill 1126, which legalizes casino and online gambling and sports betting. The bill instructs the Joint Legislative and Review Commission to conduct a comprehensive study of casino gaming regulations and submit a report by December 1. It also establishes the framework for the Virginia Lottery Board to establish guidelines for legalizing and overseeing online gambling and sports betting.

The measure allows Danville, Bristol and Portsmouth to hold voter referendums by January 1, 2021, to establish one casino per city, and also allows referendums in Richmond and Norfolk where the Pamunkey Indian tribe could open a casino. The Virginia Lottery Board cannot issue a casino license until July 1, 2020. The bill also requires the legislature to reenact the bill next session.

In addition, the measure states a gaming license only will be issued for projects with a $200 million minimum capital investment in land, facilities, infrastructure, equipment and furnishings.

Specifics regarding sports betting or online gambling, such as tax rates, market access, responsible gaming policies and more are not known.

But is a study truly necessary? Some lawmakers don’t think so, such as state Del. Mark Sickles, who sponsored a sports betting measure that would have taxed revenue at 15 percent, generating an estimated $41 million annually for the state. “I can’t even think of what the issues would be for a study unless you’re totally against wagering as a principle and you don’t care that illegal online betting is happening already. It’s just money out there we’re still leaving on the table,” he said.

State Del. Marcus Simon, author of an online sports betting bill that died in committee, said he’s not surprised the General Assembly wants to move cautiously on sports betting. “That’s sort of the culture of the Virginia General Assembly. We’re very rarely ever the first people to do things,” he said.

State Senator Chap Petersen, sponsor of another sports betting bill that died in committee, said, “The longer we wait, the more revenue we miss out on. There’s nothing wrong with a study, but I’m not quite sure what we’re studying,” he said.

But Colonial Downs Group Chief Operating Officer Aaron Gomes said he supported a study. “We believe in a thoughtful approach of evaluating the study outcomes before establishing a position on potential future legislation or any next steps,” he said.

Located outside Richmond, Colonial Downs, closed since 2014, will reopen in August and feature 600 historical racing machines. “Without historical horse racing machines, horse racing most likely would not be coming back to the Commonwealth. It brings a whole new demo into horseracing and offers an alternative to hopefully grow this sport,” Gomes said. The machines were approved as a form of gambling by the Virginia General Assembly in 2018. Other Colonial Downs gambling venues will open near Roanoke and Hampton later this year.