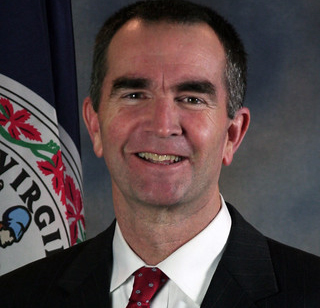 Virginia Governor Ralph Northam recently asked legislators to delay a measure that would ban unregulated “gray” gambling machines, which have steadily proliferated in restaurants, bars and convenience stores around the state. According to Northam, with the effect of Covid-19 on the economy, it’s better to tax the machines and use the revenue to help small businesses and improve social services.

Northam Chief of Staff Clark Mercer said banning the machines now would harm the restaurants that depend on extra revenues the games generate, though many of those businesses have been forced to close or limit operations because of Covid-19. “Clearly, our restaurants have been hurting,” Mercer said.

Operating in a gray area of state law, the machines resemble slot machines, although manufacturers argue they require an element of skill. Mike Barley, a spokesman for Pace-O-Matic, a manufacturer of the games, said, “We appreciate the governor’s leadership in this matter as he worked to address a revenue stream which greatly assists local small businesses and their employees.”

Distributors of the games would pay the state $1,200 per month for each machine, which could mean an estimated $150 million in annual tax revenues for the state. Companies that make and distribute the machines have spent huge sums on campaign donations and lobbying to keep the machines legal in Virginia.

Deputy Policy Advisor Cater Hutchinson explained, “The governor is going to amend that provision of the bill that says roughly two-thirds of the tax revenue goes to the general fund. He is going to amend that language to designate the funding go to school construction, renovation and repairs. The language is going to be relatively broad given the revenue from the casinos won’t start coming in for at least a couple years, probably more.”

When legislators return to Richmond for the one-day session, they can’t make any changes to the bills; they only can vote to approve or reject the amendments. If Northam’s amendment isn’t approved, the original legislation will go back to him to sign or veto. If the amendment is approved, the legislation will become law and communities could hold referendums on November 3; Richmond, however, could hold a referendum at a later date since, unlike the other cities, it hasn’t selected a potential casino operator.

A 2019 study by Virginia’s Joint Legislative Audit and Review Commission (JLARC) projected the five proposed casinos could generate more than $970 million within five years. Hutchinson noted, “With the tax brackets in the current bill, about $114 million would go to the general fund for the state and about $65 million of that would be broken up among those municipalities with the five casinos.”

In Bristol, Hard Rock International would partner with the developers, local businessmen Jim McGlothlin and Clyde Stacy, on a proposed $400 million Hard Rock Bristol Resort and Casino at the Bristol Mall. The JLARC study estimated a Bristol casino could produce $15 million for the state and $7.8 million for the city.

In a statement, the Bristol developers said, “We will continue our efforts to get this historic legislation passed to bring relief to Bristol, our region and the four other cities named in the legislation. The governor’s actions do not impact our ongoing planning for the Hard Rock Casino Bristol as a world-class destination resort that will bring thousands of new jobs and millions of dollars in local tax revenue.”

However, the Eastern Band of Cherokees, which operates two Harrah’s casinos in North Carolina, have also announced plans for a casino near Bristol.

If voters approve the casinos, Colonial Downs would be compensated with up to 2,000 additional gaming terminals, including up to 1,650 in Dumfries in Prince William County, to offset the potential loss of almost half of its revenue from existing Rosie’s Gaming Emporiums in Richmond, at the company’s reopened horse track in New Kent County and in Hampton and Roanoke County.

The Pamunkey Tribe also has announced plans for a $350 million in South Richmond.

In related news, Northam sent a sports betting bill back to the legislature with some recommendations, including one that could end up costing operators millions in fees. Among them: a suggested $50,000 background-check fee for anyone defined as a “principal” for an operator. Principal means any individual who solely or together with his immediate family either owns or controls, directly or indirectly, 5 percent or more of the pecuniary interest in any permit holder or has the power to vote or cause the vote of five percent or more of the voting ownership interests.

But principal also means any individual employed in a managerial capacity for a sports-betting platform on behalf of a permit-holder. This is the onerous kicker. Paying $50,000 a head for background checks for managers would be unprecedented in the U.S. market, according to Legal Sports Report.

The bill already requires operators to pay $250,000 for a three-year license and $200,000 for renewal. Sports betting revenue will be taxed at 15 percent in Virginia.

While those license fees do not approach Pennsylvania’s $10 million or the sliding seven-figure scale of Illinois, some operators estimate as many as 20 employees might fall under Virginia’s principal definition. That amount would add a startup cost of $1 million per sportsbook.

Virginia legislators and regulators might be open revising the fee structure, however. It seems difficult to imagine sportsbook operators accepting not only these costs but also the precedent for other states to copy.

Northam also proposed adding NASCAR to the list of professional sports leagues which allowed teams to acquire their own sports betting licenses. In NASCAR’s case, racetracks within the state—in Richmond and Bristol—would offer legal sports betting themselves, including mobile.