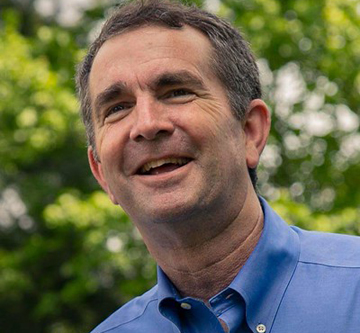 Virginia lawmakers recently passed legislation allowing casinos in five select cities, but the coronavirus has put those plans on hold. Governor Ralph Northam (l.) hasn’t signed the new law and voter referendums would be required in each locale.

Until recently, Virginia was one of the few U.S. states where casinos were banned. But about three weeks ago, legislators approved bills allowing casino resorts in five cities: Richmond, Bristol, Danville, Norfolk and Portsmouth. Then, within days, the coronavirus pandemic forced nearly all U.S. casinos to close.

But, state Senator Louise Lucas said, “We have time on our side. I’m the eternal optimist.” Governor Ralph Northam has not signed the legislation, and voter referendums still will have to be held in the host cities, followed by a vetting process before licenses can be granted and construction can begin.

Currently Norfolk, Bristol and Portsmouth already have either formal or informal agreements with potential casino operators. Danville is considering proposals from seen possible operators. Caesars Entertainment spokesman Richard Broome said, “Caesars will continue to pursue a gaming license in Virginia and hopes to build and operate a casino in Danville.”

The owners of Colonial Downs and the Pamunkey Indian Tribe have expressed interest in a potential Richmond casino and the tribe also hopes to develop a waterfront casino resort in Norfolk. In a statement, tribal officials said, “The Pamunkey Tribe is eager to move forward with its plans to build a world-class resort and casino in Norfolk and ready to respond to Richmond’s Request for Proposals to bring a casino to the River City. The tribe will keep profits in Virginia through reinvestment locally and will provide tremendous benefits to these regions of the Commonwealth for decades to come.”

Virginia Secretary of Finance Aubrey Layne said no one, including lawmakers, has considered the coronavirus’ long-term impact. He questions whether gamblers still would want to spend time and money on crowded casino floors. “Certainly, there’s going to have to be some additional scrutiny. Casinos are not the panacea everybody thinks they are,” Layne said.