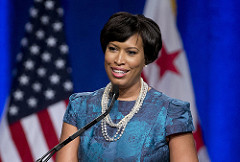 The Washington D.C. City Council approved a plan to bypass the public bidding process and award a mobile sports betting contract to its lottery provider Intralot on a second reading.

The council also approved resolutions to allow the city’s lottery to begin contract negotiations once the bill is signed by Mayor Muriel Bowser. All D.C. laws, however, still have to be approved by Congress.

There has been vocal opposition on Council about bypassing the bidding process, but proponents have insisted that the District needs to move quickly before neighboring states Maryland and Virginia approve sports betting.

Still, Council Member David Grosso said before the vote that Intralot should not be granted the contract and that the company had recently made significant contributions to council member campaign funds.

“It is not an emergency. It is a giveaway,” he said before the vote according to a report at Sports Handle. “We previously noted the downgrade of Intralot’s Moody’s bond rating. That should be enough to show that there is no emergency here … the only emergency is for Intralot.”

The deal has also been criticized for stifling competition in the district’s market and offering consumers little choice in who to play with.

However, City officials estimated it would take 27 months to secure a sports betting contract going through regular bidding procedures. That delay would cost the district more than $60 million, they said.

Washington’s sports betting bill will allow for sportsbooks at sports venues, but the district does not have any operating casinos.