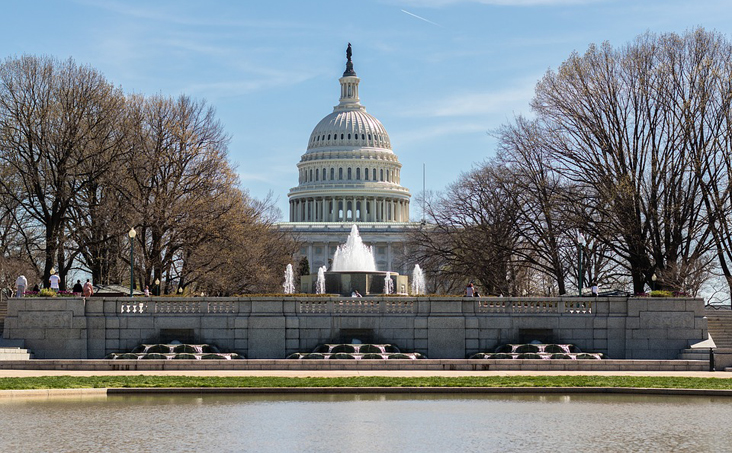 The District of Columbia’s City Council has approved a sports betting law that permits retail and online sports betting in the capital. Mayor Muriel Bowser (l.) is expected to sign it. Online wagering will be allowed through the district’s lottery, but the bill also allows the city’s major sports arenas to offer live sportsbooks. The bill must be submitted to Congress for review, but officials said sports betting could begin in the district by April.

The City Council of Washington D.C. has approved a sports betting bill that allows for online sports bets as well as live sportsbooks at the city’s main sports arenas.

The bill, called the Sports Wagering Lottery Amendment Act, was introduced by Councilmember Jack Evans in September. It passed council 11 to 2. The vote makes the district the first jurisdiction without casino gambling to approve sports betting.

According to reports, Council passed emergency legislation which makes the law effective immediately and allows the D.C. Lottery to begin drawing up sports betting regulations. The permanent bill goes to Mayor Muriel Bowser, who is expected to sign it, and then must be submitted to Congress for review. Evans told reporters he believes betting could begin in the district by April.

The bill allows online wagering through the D.C. Lottery’s Intralot powered platform. However, the city’s major sports arenas would be able to sign partnerships to offer their own branded online platforms within two blocks of their facility.

The four venues approved for sports betting are FedEx Field, Nationals Park, Capital One Arena and Audi Field. About 60 other premises that currently offer lottery products are expected to apply for licenses, officials said.

Operators will be charged a 10 percent tax on gross wagering revenue and pay $250,000 for five-year licenses. Retailer licenses would cost $5,000 for two years.

The bill has drawn criticism for essentially granting a monopoly on online play to the district’s lottery.

Sara Slane, the AGA’s senior vice president of public affairs, welcomed the passing of the legislation, in particular the reasonable tax rate and the exclusion of any integrity or exclusive data fees, which had been considered during the legislative process.

However, she admitted deep concerns about the D.C. Lottery being granted an effective monopoly over mobile wagering.

“Predictably, this will result in less investment and innovation, to the detriment of consumers and the ability of a nascent legal marketplace to compete with the accessibility and convenience offered by many established illegal wagering operations,” Sara Slane, senior vice president of the American Gaming Association said in a press release. “AGA urges District policymakers to reevaluate the merits of this key aspect of their framework and allow greater competition in the future.”

Ted Leonsis, the owner of the Washington Capitals and the Washington Wizards also said that the monopoly is a “disservice to fans, who don’t get the benefit of competition in the marketplace.”