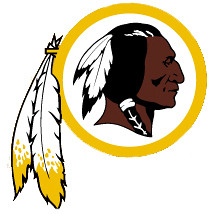 The Washington Redskins are planning preseason broadcasts that will follow a gambling theme by offering prizes to contestants that predict in-game outcomes.

Though the formula has been used during regular season games of the NBA’s Washington Wizards, it marks a first for an NFL teams. The NFL, however, does not broadcast regular-season games on local affiliates like other leagues.

Damon Phillips, the network’s general manager, told the Baltimore Sun that Wizards games saw increased ratings and fan engagement when the in-game contests were available. He added that the interactive telecasts will also allow the network to be ready when legal online or mobile sports betting becomes available in its viewing area.

For these telecasts, the games are free to play and the network will give away $1,000 in cash to one winner each quarter of the game.

In a related story, NBC Sports Chicago announced it will add a weekday afternoon sports betting show to its lineup.

The show, “The Daily Line” will air live from 2 to 6 pm. Monday through Friday and is a video simulcast of a nationally syndicated NBC Sports Radio show that has been airing since January.

NBC Sports Chicago is one of six channels in four markets that will pick up the simulcast, which originates from NBC Sports Washington studios in Bethesda, Maryland.