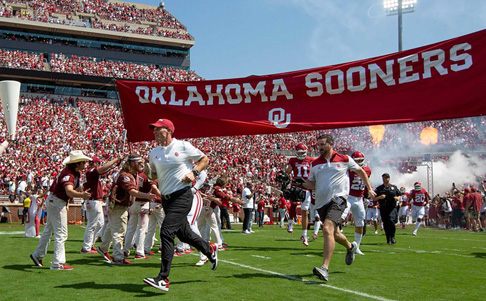 No. 6 Oklahoma vs. Nebraska

Facing their old Big 12 rivals, the Oklahoma Sooners, couldn’t come at a worse time for the Nebraska Cornhuskers. The Cornhuskers just lost at home to the Georgia Southern Eagles despite being favored by 23.5 points.

Naturally, that was the last straw for Scott Frost, who was promptly fired. It’s been the Nebraska defense that’s been the problem, as the Cornhuskers are averaging 36 points per game. Of course, the Oklahoma defense has allowed just 16 points over two games, albeit in wins over UTEP Miners and Kent State Golden Flashes.

The BYU Cougars just took down the Baylor Bears last week, but now they have to hit the road as slight underdogs against the Oregon Ducks.

We still don’t know much about the Ducks, who were roughed up by the Georgia Bulldogs in the season opener and blew out an FCS opponent last week. But we do know the Cougars are 10-3 ATS as a road underdog under Kalani Sitake.

The Penn State Nittany Lions beat the Auburn Tigers, 28-20, in Happy Valley last season, but the Nittany Lions now have to make the return trip to Auburn.

Perhaps being an underdog will be helpful for the Tigers, as they’ve failed to cover the spread as home favorites in their first two games. As for Penn State, they blasted the Ohio Bobcats, 46-10, last week to cover 28 points.

Under James Franklin, the Nittany Lions are 14-4 ATS after going at least 42 points in their previous game. Of course, since the turn of the century, Penn State is just 3-7 SU against SEC opponents.

Liberty vs. No. 19 Wake Forest

The Wake Forest Demon Deacons have picked up where they left off last year, winning and covering in their first two games. Dave Clawson’s team even won by 20 points on the road against the Vanderbilt Commodores last week.

During Clawson’s tenure, the Demon Deacons are 15-7 SU during the first month of the season. They are also 14-7 SU when coming off a win of 17 points or more. However, the Flames won as underdogs last week, so they shouldn’t have a problem being in that position again this week. 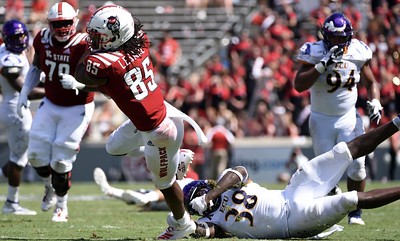 N.C. State Wolfpack had big expectations coming into the season, although they were lucky to escape with a 21-20 win in their season opener against the East Carolina Pirates despite being favored by 12.5 points.

The Texas Tech Red Raiders also failed to cover in one of their first two games, although that’s because they were four-point favorites in last week’s 33-30 win over the Houston Cougars. It’s worth noting that NC State is 1-4 in the Wolfpack’s last five non-conference games against power-conference opponents. That includes a 2019 loss to the West Virginia Mountaineers the last time they played a Big 12 team.

No. 11 Michigan State vs. Washington

Washington Huskies Coach Kalen DeBoer is off to a good start in his first two games at Washington, as the Huskies have covered both games against inferior opponents.

Of course, the Michigan State Spartans have done the same thing, doing so with a strong defense, allowing just 13 total points against a couple of MAC opponents. However, MSU quarterback Payton Thorne has already thrown three interceptions this year against subpar competition while also failing to throw a touchdown last week in a 52-0 win over the Akron Zips. Meanwhile, Indiana Hoosier transfer Michael Penix Jr. is settling in nicely with the Huskies. He also led Indiana to a win over Michigan State two years ago, throwing for 320 yards in that game. 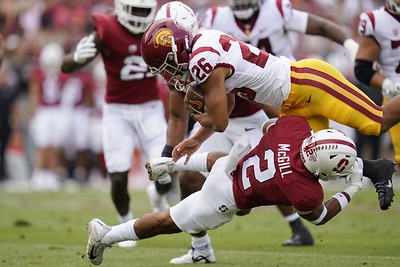 The Lincoln Riley era has been a glowing success through two games, as the USC Trojans have won and covered against both the Rice Owls and the Stanford Cardinal to open the season. The USC offense is surely clicking with the Trojans scoring 107 points in two games.

Riley is 13-2 SU in his coaching career after his team scores at least 37 points in consecutive games.  On the other side, the Fresno State Bulldogs led the Oregon State Beavers for long stretches last week, only to give up a touchdown on the last play of the game, losing 35-32 and costing them a chance to beat a Pac-12 team.