What Does Baseball’s Free Agent Frenzy Say About Totals Betting? 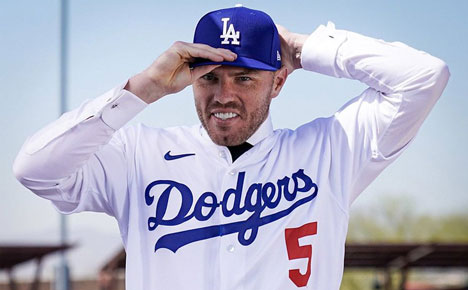 Now that the major baseball free agents have found a home, including former Brave Freddie Freeman, now with the Dodgers, how will these players impact one of the most interesting futures bets: the total wins?

The last two weeks have been a whirlwind for sports fans. Since Major League Baseball signed a new collective bargaining agreement, and with opening day less than a month away, multiple free agents still on the market weren’t allowed to negotiate during the lockout. Once it was over, the rush was on.

It was all a lot of fun. It gave teams signing new players hope for the future. For the selling teams, it was dismal, especially for the Cincinnati Reds, now stripped of any promise.

The chess game of players moving from one team to another certainly affects the odds of winning the divisions, leagues and World Series. But the teams who were favored still are favored, and the odds didn’t shift that much in any case.

Join Unibet Sportsbook to bet on baseball. Once you add funds, your first cash bet is insured up to $500 if you don’t hit a winner.

Where the new players do make a difference is the total number of wins. There’s a stat called “WAR”—Wins Against Replacement—that’s applied to every player in baseball. It asks: How many more wins will a team get if that player is in the lineup, versus an average players at that position?

This WAR stat clearly affects the total wins bet for the season. For many bettors, total win betting is the best and most exciting futures bet, because you can win or lose your bet at any time during the year if your team gets hot or cold. And with some stellar players with high WAR switching teams, their impact can be massive.

Bet on Major League Baseball at BetRivers and your first deposit will be matched dollar for dollar up to $250.

Here are the win totals for each team from Caesars Sportsbook (March 22, all bets are -110):

Play ball! New customers at Golden Nugget Sportsbook receive up to $250 in Free Bets! Sign up and start betting today.

How to Calculate Totals Bets

When you make totals bets, there are several elements to consider, especially with the star players on different teams. But you also need to consider the division each team is in. Every team plays more games against their division opponents, so that can often make the difference in a winning or losing totals bet. 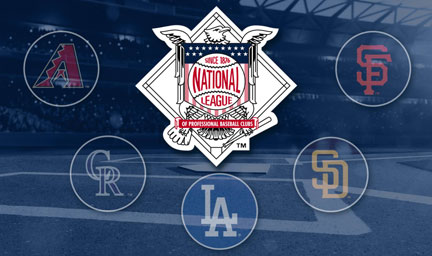 For example, last year, the L.A. Dodgers were heavily favored in the National League West because, other than the San Diego Padres, the other three teams were expected to be mediocre at best. As it turned out, the Padres weren’t all that good, but the San Francisco Giants were playing out of their minds, especially for a team with no real stars.

The Dodgers and Giants battled down to the wire, and the Giants eventually prevailed with 107 wins (they had been projected to win 85 games). Even by losing to the Giants, a win total over pick would have also paid on the Dodgers, who won 106 games with 101 projected.

This year, the Giants lost some key players like Buster Posey and Kris Bryant, but added some pitching to go along with the stellar pitching they had last year. So is over 85.5 games a good bet? For the Dodgers, the addition of Freddie Freeman, this year’s premier free agent, should more than offset the loss of Corey Seager to the Texas Rangers and reliever Kenley Jansen to the Atlanta Braves. Is over 97.5 wins a good bet?

The Minnesota Twins were the surprise of the free agent period, shedding Josh Donaldson to the New York Yankees, but picking up Gary Sanchez and Gio Urshela. But the Twins shocked everyone by signing Carlos Correa, maybe the top shortstop in this year’s deep class. So is the under .500 projecting of 80.5 wins a good bet?

The Twins are in a tough division, facing a great Chicago White Sox team, the always-good Cleveland Indians, and an improving Detroit Tigers team. But should the Twins get off to a slow start and be out of the race by July, would they trade Correa? They structured his contract to allow that to happen. So over or under for the Twins?

The American League East has vastly improved, and they should be glad the Baltimore Orioles are in the division, or one of these improved teams would finish in last place. While the Yankees were one-and-done in the playoffs last year, they didn’t make many moves outside of the Josh Donaldson deal with the Twins. They struck out trying to shore up their weak shortstop position with the big free agents, but settled for Isiah Kiner-Falefa in the trade with the Twins. Other than Gerrit Cole, their pitching is suspect, but still are projected at 92.5 wins. Both the Tampa Bay Rays and Boston Red Sox have also improved and have lower win totals. So what makes sense in the East?

Probably the weakest division in baseball is the NL Central. The Pittsburgh Pirates and Cincinnati Reds seem to have already thrown in the towel with more subtractions than additions, and the Chicago Cubs added a couple of minor players. The St. Louis Cardinals also didn’t do much, but at this point, the Cards stand out as the class of the division. 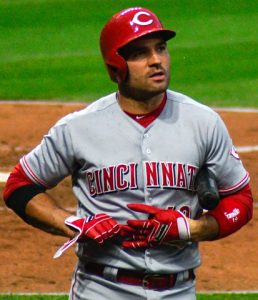 Finally, every year there are a couple of teams that win more than 100 games—and that holds true for the opposite, with one or two teams losing 100 games. Baltimore and Pittsburgh are always candidates for this booby prize, because their owners are cheap (someone had to say it!).

But some years, teams get off to terrible starts and sell off their best players at the trade deadline. Cincinnati didn’t wait for the trade deadline, and now has only the venerable Joey Votto as a star. The Arizona Diamondbacks did nothing in the off-season and could also implode.

So pick and choose your bets carefully when you’re considering totals. But get ready to be interested in these teams all season, because you never know when a team can get hot.