What WSOP.Com, 888 Poker Player Sharing Means for You 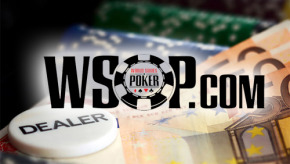 Last week saw some of the biggest news ever for regulated online poker play in the U.S. when it was announced that WSOP.com and 888 Poker hope to start sharing players in Nevada and Delaware with New Jersey as early as May.

It’s called liquidity and basically means players in the three states can play against each other, increasing player pools and, hopefully, cash and prize pools. In online poker, the more online players there are, the better.

Nevada and Delaware began sharing players in 2015 and New Jersey agreed to join the experiment last year. Actual player sharing, however, took some time for regulators in the three states to get in sync. Whatever the exact starting date—there’s still some regulatory hurdles to clear—WSOP is shooting to have player sharing up and running in time for the World Series of Poker live tournament events in Nevada which begin May 29.

New Jersey’s online poker market dwarfs the smaller Nevada and Delaware markets, and some analysts feel play on WSOP.com could triple because of the player sharing.

Still, the more immediate question for online players is what does this new arrangement mean for me? What advantages does it give players, and what do I have to do to be part of it?

As we said, New Jersey already has the biggest online poker market of the three states, but even a small infusion of new players will be welcome. The immediate benefit, however, is that New Jersey players will be able to participate in online events at the World Series of Poker this year.

The four tournaments for this year are one-day events featuring unlimited re-entry.

Otherwise, New Jersey players have things pretty simple. They will be offered a software update, which once installed will leave them ready to start playing in the three-state player sharing world. However, since heads-up displays aren’t allowed in Nevada, New Jersey players will have to live without them on WSOP and 888 sites.

Under the player sharing agreement, games will have to be funneled through computer servers in New Jersey—the state requires servers for all games be located there. That means players in Nevada will have to create new accounts and download new software.

That could mean giving up their screen name if its already in play in New Jersey. Current accounts will be closed, but all money and rewards points will be transferred to the new account. Hand histories and player notes, however, will be lost.

Just like in Nevada, players will have to create new accounts and download new software. However, Delaware does not have a WSOP.com affiliate as all Delaware poker play is on 888 poker, the only site operating in all three states.

That means Delaware players will not be able to access WSOP branded live events—including this year’s World Series online bracelet events—but will be able to play regular tournaments and cash games shared between WSOP.com and 888.

Stay up-to-date on the latest promotions and events at WSOP.com, 888 Poker and other online casinos at iGamingPlayer.com’s Promotions page.