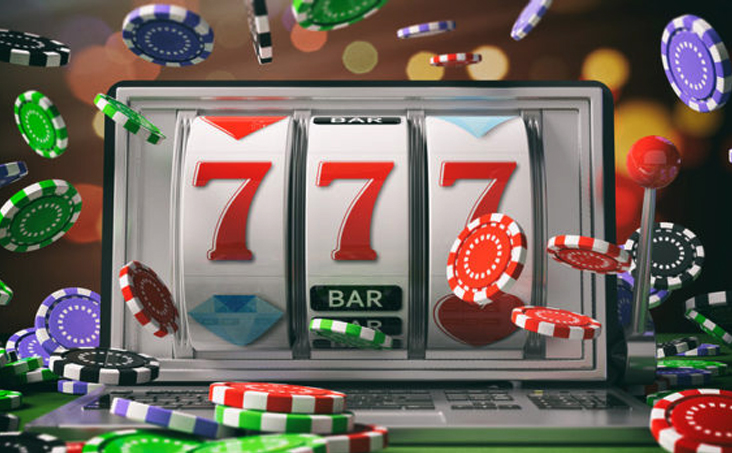 What the heck is a Random Number Generator, and what does it mean to the online slot player? Here’s how the RNG works.

I can’t count the times I’ve explained how the random number generator (RGN) in a slot machine works.

It’s one of the most frequent questions, especially among new players: Who or what determines the results in an online game come about?

Just to review, the RNG is a software program burned into the game chip of every physical slot machine. As the name suggests, its function is to rapidly generate numbers at random from a set of numbers, each corresponding to a result on the physical reels.

The slot programmer gives a number to each symbol or blank on the map of the physical reels, then duplicates the numbers to create a theoretical payback percentage.

Low-paying symbols or blanks each get a lot of numbers. High-paying symbols, including those making up the top jackpot, get only a few numbers assigned to them, or maybe even one.

The RNG mixes up the numbers at random, and freezes a combination of numbers generated the moment a spin is initiated. It then communicates the combination to the slot’s computer, which tells the reels (or video reels) where to stop. It all happens in an instant.

Sign up to play at ResortsCasino.com and unlock 100 free spins on three of the best slots around: Abracardabra, Shields of the Wild, and Kingdoms Edge. New players only!

Online casinos generate results just like a physical casino, with one main difference. Online, the random number generator is housed on a central computer server. You log into that server to play the games. When you select a game, the server loads the so-called “front end” of the game code—the graphics, the images, the game features—and the game begins.

When you hit the “play” button on a game, your device talks to the connected server. And once you’re logged into a server and select a game from the “lobby,” you’re actually playing your favorite game directly on the server, not your computer or smartphone.

The RNG is the same for each user and powers the results of each game. Once your device gets back a result of an action from the server, you’ll see an action—a reel spin, a bingo ball draw, a win, a loss, etc.

To simplify it, just think of your device as a car with no gas. Each result from the server powers your car to move just a little further down the road.

The RNG program on the central server of an online casino is a multi-tasker—it can cycle through individual game results on individual games for millions of users at the same time.

Again, when you play online slots, the game program is identical to the same game in a land-based casino. Penny versions of a particular game will carry the same payback percentage and hit frequency as their casino counterparts; same thing for quarters, dollars and other denominations. As in land-based casinos, the higher denominations are likely to carry higher payback percentages.

Create an account at VirginCasino.com, and you’ll get up to $100 Cash Back. That’s real Cash Back. Not bonus money. Get into the action today.

As far as the results, they’re random, they’re unpredictable, and whether you win or lose is based purely on chance.

The only other differences? You won’t get to ride a Motion Chair or see other big, flashy physical displays. And no cocktail servers. What you get in return is an instant game, from the comfort of your La-Z-Boy or bedroom. Sometimes the convenience is worth the tradeoff. And you can mix your own cocktail.