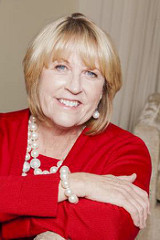 Whittemore, a 30-year gaming law veteran, has represented many of the largest companies in the industry. She was most recently a shareholder in the firm Brownstein Hyatt Farber Schreck.

She replaces long-time GC Kim Sinatra, whose close ties to founder Steve Wynn made her a controversial figure after Wynn was forced to resign as chairman and CEO earlier this year amidst widespread allegations that he routinely preyed on women employed by the company for sexual favors.

Sinatra’s exit has been linked to an ongoing investigation into those allegations by regulators in Massachusetts, where the company is developing a $2.4 billion resort casino outside Boston, and her departure is the latest in a series of resignations among Steve Wynn loyalists, which now includes 60 percent of the board of directors who were in place at the start of the year.

The company did not disclose the terms of Sinatra’s severance, which Wynn’s ex-wife Elaine Wynn has challenged, calling for an independent review to judge whether her departure was “for cause”.

Ms. Wynn, who has emerged since Wynn’s ouster as the company’s largest shareholder, claims Sinatra knew of past complaints by employees reputedly victimized by the tycoon, which in at least two cases resulted in private cash settlements.

Prior to joining Brownstein in 2016, Whittemore operated Whittemore Gaming Group, a boutique law firm in Nevada. She previously served 20 years with Lionel Sawyer & Collins, one of the best-known firms in the industry. She also served as a supervising deputy attorney general in Nevada for the agency’s Gaming Division.