Who Are NASCAR’s Rising Stars? 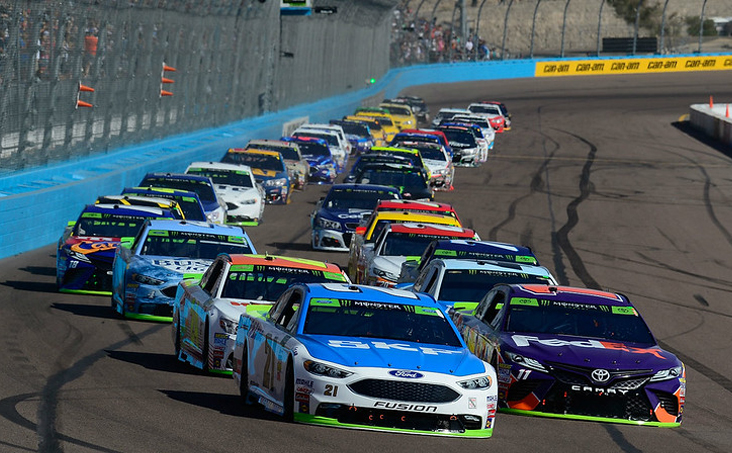 At the near halfway point in the 2020 NASCAR Cup Series, these 20-somethings are positioned to make some noise in this year’s Cup Series Playoffs.

In NASCAR racing, it’s usually age and experience that gets you to the finish line first. For example, this year’s Cup Series has been mostly dominated by Kevin Harvick and Denny Hamlin, 44 and 39 years old respectively.

Lately, however, several younger drivers are making real names for themselves and could prove to be contenders in this year’s Cup Series playoffs. Let’s take a look at drivers in their 20s who are currently in the Top 16 of the standings.

At 24, Elliott has had an extremely successful season so far. He’s currently fifth in the playoff standings and second in total points earned, with 552. While he only has one victory so far, the Charlotte 310, he’s been as consistent as anyone (except points-leader Harvick).

In his fifth NASCAR season, Elliott’s on pace to break his personal bests in wins, poles, Top 5 and Top 10 finishes and laps led. He has great experience under his belt and as he enjoys a breakout season, it looks like the sky’s the limit for Elliott.

Sign up to wager at WilliamHill.com and get a 100% deposit match up to $150 on your first deposit, plus $10 in free cash! New registrations only.

Twenty-six-year-old Ryan Blaney is also enjoying a great start to the season. He sits sixth in the playoff standings and fourth in overall points, with 534. Blaney’s sole win this season came a few weeks back at Talladega, which was his fourth-straight Top 5 finish. He’s since cooled off a bit, but figures to be a constant threat for the rest of the year.

Blaney is similar to Elliott in that he’s also in his fifth NASCAR season and also is on pace for PRs in wins, poles, Top 5 and Top 10 finishes and laps led. Expect more success this season and in the future. Blaney looks to just be getting started.

This 27-year old Hendrick Motorsports team member is off to a solid start this year. He’s eighth in both playoff standings and total points (471). He nabbed his second career NASCAR victory and the second in as many years in California back in March. But he’s otherwise been inconsistent, seemingly alternating Top 10 and Top 30 finishes.

Bowman is also in season five, but has been racing seven years. In 2016 and 2017, he raced in the Xfinity and Truck Series instead of NASCAR before rejoining for the 2018 season. Bowman’s already matched his career-high of one win in a season and surpassed his previous high for laps led by a big margin. He’s another young driver enjoying his best season to date, so keep an eye out for the No. 88 Chevy.

Matthew Guido DiBenedetto is a 28-year-old who’s also enjoying a breakout season. He sits 12th in both playoff standings and total points (413). DiBenedetto almost started the year with a bang, as he nearly grabbed his first career victory in Vegas back in February. He instead had to settle for second place, but can’t be disappointed to find himself in playoff consideration for the first time in his career.

In his sixth NASCAR season, DiBenedetto is finally starting to make some serious noise behind the wheel. He’s still hoping for that first career victory, but is on pace for a career high in Top 5 and Top 10 finishes. Who knows what might happen after he gets his first win? Watch out for DiBenedetto in the next few seasons.

Byron is the baby of this group, at just 22 years old. He’s 14th in playoff standings and total points, with 392. He won the Duel #2 at Daytona, which unfortunately does not count towards his Cup Series tally. Therefore, he’s still chasing his first career victory.

In his third NASCAR season, Byron is experiencing a drop-off in both poles and Top 5 finishes, but looks ready to rack up his most Top 10s to this point. While he started the season quite inconsistently, he’s since placed in the Top 15 in six of his last eight races. For someone so young, this upward trend can only be a great sign of things to come; with at least a decade of driving likely still ahead of him, Byron has a promising career in store.

Heading into the dog days of the NASCAR season, here are a few young’uns to keep an eye on. Despite the early dominance of Harvick and Hamlin, we may very well see one of these guys rise to stardom this season, or in the near future. Stay tuned for more of those left turns.

Earn up to 40% more on parlays at BetMGM.com! Just place a 4-7 leg parlay on any combination of sports or event. If it wins, you’ll get the additional bonus payout within 24 hours.