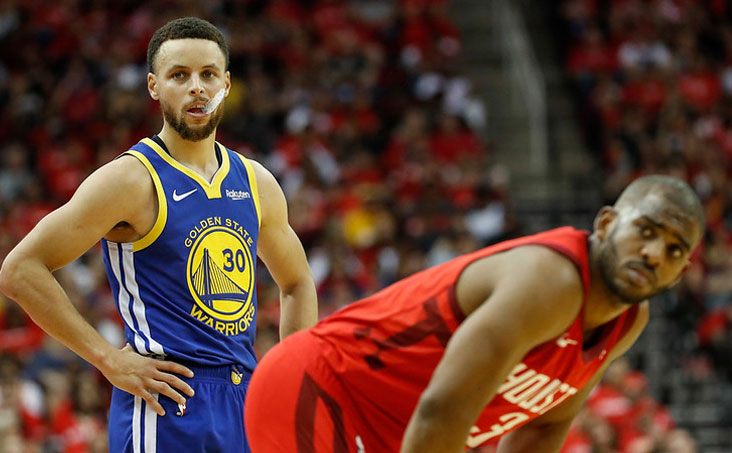 With the NBA’s 2021-22 regular season officially concluded, it’s time to look at some futures bets for the Finals, including series MVP.

The NBA postseason picture is finally set, and the play-in and playoff matchups are set. It should be exciting but difficult to predict tournament winners this year. That said, there are five teams that can realistically win the NBA Finals. Betting on them now can increase your potential payout, but doing so while also choosing an MVP maximizes the payout.

Here are some players to keep an eye on that have a good balance of a realistic chance and favorable odds to bring home the hardware. 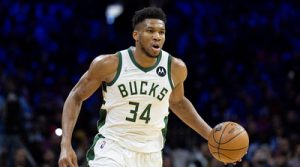 The Milwaukee Bucks’ Giannis Antetokounpo is the obvious choice for MVP, as the award’s defending champion. His team doesn’t look any weaker this season, and Giannis is still perfecting his game. The Greek Freak made a late-season push for regular-season MVP, and despite likely coming up short, Antetokounmpo is more interested in the MVP that matters most.

Milwaukee is playing its best basketball at the right time and knows how to defend its title, especially following the lead of its best player. Giannis has the second-leading odds (behind Phoenix’s Devin Booker) for this award, but should probably be favored. 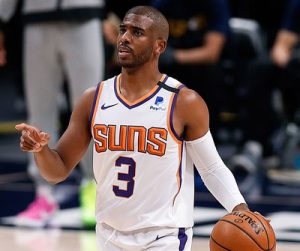 The Phoenix Suns’ Chris Paul Point God CP3 recently returned to his Suns after missing significant time due to a thumb injury. His team managed to run away with the NBA’s best record during his absence, and looks like an absolute force to be reckoned with come this postseason.

Paul’s teammate Devin Booker has been chiefly responsible for this run of success for Phoenix, and as a result sits atop the odds list for this award at +550. This is well deserved, but we’ve seen Paul lead his teams to deep playoff runs for the past decade, and a Phoenix championship would have an awful lot to do with the future Hall of Famer’s play. In the biggest moments, I expect Chris Paul to step up, and for that reason, he should be the Sun to bet on for this honor.

Exclusive to PointsBet: Place Same Game Parlays Live, during the action, on NBA games. Combine markets from the same game all while the action plays out LIVE! 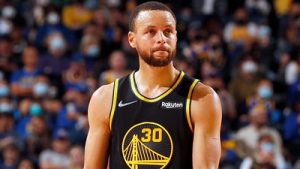 Similar to Chris Paul, the Golden Warriors’ Steph Curry, the NBA’s all-time leading three-point shooter, missed a chunk of time at the end of the regular season. The difference between the two is that Paul is back and healthy, while Curry’s status is still up in the air. This bet is a risk for that reason, as Curry could miss even more time in the playoffs.

But if he returns and can lead his team to the Finals, no one else would be more deserving of their first Finals MVP. The team will not go so far without Curry serving as their clear, healthy best player. When healthy, this team looked as strong as any and can absolutely make a run at another trophy. This bet probably holds the best value on this list. 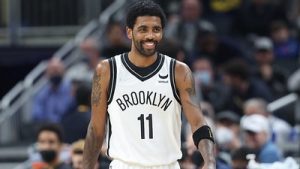 The Brooklyn Nets find themselves in a difficult spot, finishing in the East’s seventh seed and therefore having to go through the play-in tournament. But no one is questioning this team as a legitimate contender to win the Finals, as the Kevin Durant/Kyrie Irving duo will always give the team a chance to win any game.

If Brooklyn can make the Finals, we can expect unrelenting aggressiveness from both Durant and Irving, as we’ve seen from them both individually in Finals past. Durant already has two Finals MVPs and Kyrie came up just short in Cleveland. I believe it could be Irving’s chance to secure his first award if the Nets can pull off a very difficult run to the Finals. 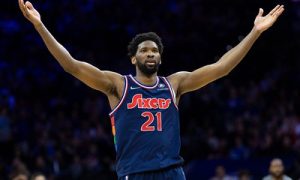 The Philadelphia 76ers’ Joel Embiid has been absolutely dominant on a consistent basis all year long and finds himself in a toss-up with Denver Nuggets’ Nikola Jokic for the regular-season MVP award. His ability to assert himself on multiple opponents at once and also to get to the free throw line translate beautifully to the Finals and would almost guarantee him the MVP if the Sixers were able to pull it off.

The thing is, Philadelphia has been inconsistent since acquiring fellow All-Star James Harden at the trade deadline. Embiid and Harden will need to show more consistency playing together in conjunction with their role players in order to make a deep run. They’re set up nicely in the Eastern Conference bracket to make a run, most likely matching up with Toronto and then Miami to get to the Conference Finals. They can absolutely beat these teams and set up some bigger series down the stretch, but if so it will be behind the force that is Joel Embiid. +1600 is a steal if you believe in Philadelphia this year.

These five players are undisputedly among the game’s elite and are likely all headed to the Hall of Fame. Each would love to boost their resume by scooping up a Finals MVP trophy, and you better believe they will all be gunning hard for it. Pick a team or two that you believe in to lift the trophy this year and bet on their stars to win the award. Simple as that. Best of luck and enjoy what should be another thrilling NBA postseason!

Make a $25+ wager on any team to win the NBA Championship at BetRivers and receive a $5 Free Bet for every series they win!

Take a Spin, Play On