NBA’s first week was a thriller. The weekend to come promises even more excitement, with marquee matchups all day, every day.

We’re now fully into the swing of things with the NBA’s Orlando bubble. Teams quickly shook the rust off, and have already served up some outstanding highlights.

Let’s look at some of the most intriguing battles to come.

This Friday night matchup is really the current 76ers against the former 76ers. The youthful Magic team, which features four ex-76er players, will look to stay hot in their home city as they take on a strong but inconsistent Philly squad. These teams are similar in their lineups and fastbreak heavy playing style, but Philly just does it a little better. Expect a tight Sixer W in a low-scoring affair. 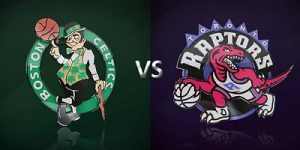 This is going to be one of the best games in the entire seeding section of the NBA restart as we get a preview of a possible second round matchup. The Celtics are dealing with star point guard Kemba Walker returning from injury while conversely enjoying a run of dominance from young wing men Jayson Tatum and Jaylen Brown. The Raptors, on the other hand, are the hottest team in the league, and can do no wrong right now. In what should be an incredibly entertaining affair to watch, expect a high-scoring shootout that eventually results in a victory for the defending champs.

Double down at BetAmerica.com! Create your wagering account, and Bet $50 to Get $50 (a 100% match on your first sports bet). Sign up for your welcome bonus today.

Utah and Denver will meet Saturday afternoon in what could very possibly foreshadow a first-round playoff date. With Denver’ star guards Jamal Murray and Gary Harris day to day, the main focus of this game should be both teams’ strong post play. Centers Nikola Jokic of Denver and Rudy Gobert of Utah will clash all game, as both can play at a high level on both sides of the floor. Denver’s recent emergence of young stars Michael Porter, Jr. and Bol Bol should be enough to get them this victory, although the way the battle inside goes should have a big effect on the rest of the game. This one should stay on the lower scoring side of the spectrum.

The juggernaut Lakers will meet the red-hot Pacers on primetime Saturday night in a very exciting matchup. Indiana wing TJ Warren began his NBA restart with 53- and 34-point outings, which is sure to light up the LA scouting reports. LeBron James and Anthony Davis are just too much for this Pacers team, however. This should turn into an easy L.A. victory in a mid-to-high scoring contest.

This cross-conference battle will feature two of the NBA’s brightest stars in Giannis Antetokounmpo and Luka Doncic. The edge, for now, goes to Giannis, as well as his team. Milwaukee is the better side, especially after seeing Dallas look so flat-footed in their first few games. Expect a comfortable Bucks victory in a very high scoring game.

The best part about the NBA restart is that there are games on at almost all times every day. It has a March Madness feel, which is outstanding for betting. There’s a live bet to be had at all times, so stay locked in. With the playoffs right around the corner, we’re only getting started. Until then, enjoy preying on the rest of the seeding round and good luck.