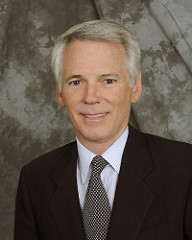 With legal sports betting having spread to four states after the US Supreme Court struck down a federal ban—along with Nevada which had sports betting—the networks that broadcast the NFL are faced with a challenge.

Do they finally acknowledge betting point spreads on games or do they stick to a policy of not mentioning gambling factors in their coverage?

For now, CBS president Sean McManus told Sports Illustrated that the network will maintain its policy of not mentioning point spreads.

Since the high court ruling, Delaware, New Jersey, Mississippi and West Virginia have launched live sports betting in the respective states. Nevada was grandfathered from the federal ban and has operated sports books for decades.

Meanwhile, Fox Sports is launching its first show dedicated to covering gambling on its FS1 cable network. The show is titled “Lock It In” and will premiere September 10, with Rachel Bonnetta as host.

“We’re thrilled to expand our FS1 studio slate with the addition of a one-of-a-kind gambling show, ‘Lock It In,’ which will showcase the biggest topics in sports through the eyes of captive fans and new co-host Marcellus Wiley to a now 90-minute ‘Speak for Yourself,’” said Mark Silverman, president, national networks, FOX Sports in a press release.

“These additions align with our overall strategy to deliver unparalleled programming headlined by the premier talent in the business,” he said.

Francesa was promoting a new sports information app he is launching and said he is negotiating with several companies to expand the app to include gambling information.