Will Tennessee Tax Turn Off Sportsbooks? 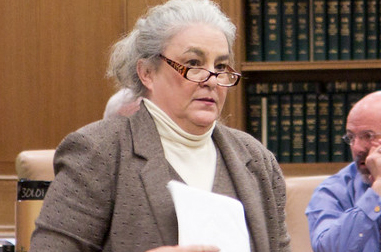 The Tennessee Education Lottery Corp. under CEO Rebecca Hargrove (l.) has approved the state’s final sports betting rules, paving the way for operator applications. But sportsbooks may be reluctant to jump in, given the mandatory 10 percent hold and a 20 percent tax.

For Tennessee, getting sports betting signed, sealed and delivered was a long time coming. But the arrival of the first mobile-only system faces a hurdle in competition with neighboring states: a 10 percent hold on all wagers.

When the Tennessee Education Lottery Corp. board of directors unanimously approved the final betting rules in a telephone conference on April 15, the state became the first in the U.S. to stipulate how much money legal sportsbook operators may pay out.

Lottery president and CEO Rebecca Hargrove said including a cap would ensure a guaranteed amount of profit that is taxable for the state. But Jennifer Roberts, the lottery’s new sports betting program director, had recommended no cap so the state could be fully competitive, according to an Associated Press story.

After dickering with the percentages for months, the board settled on a 90 percent cap so sportsbooks will retain at least 10 percent of all wagers each year. Will that turn-off sportsbooks? Will it turn off bettors?

A study released by gaming analyst Eilers & Krejcik in January projected that the original 15 percent hold could cost Tennessee $11 million in annual state tax revenue and decrease the number of operators that apply by more than half.

The reason: a minimum hold leads to substandard odds and that sportsbooks may have to further worsen odds on local teams to help balance risk, the study said.

The only other jurisdiction to consider a payout cap was Washington, D.C., where the D.C. Lottery pushed for an 80 percent cap, but the city council rejected the idea.

“Based on some of the provisions and the wait-and-see approach, it is turning into a model of how not to craft an ideal market that maximizes revenue and provides the best opportunities for customers, operators and the state,” said Brendan Bussmann, of gaming consulting firm Global Market Advisors.

Lottery Corp. Chairwoman Susan Lanigan said the board will revisit the cap issue a year from now, according to SportsHandle.

“This is an unprecedented requirement,” Daniel Wallach said last week on ESPN 105.1 The Zone. “The 10 percent would exceed the requirement of every other state.”

Other states have holds, but they are not mandated. Nevada has historically maintained a hold rate in the 5-6 percent range. New Jersey has been around 7 percent.

The cap is only one number that can make sportsbooks think twice before signing up in Tennessee. The 20 percent tax rate ranks higher than most states. Indeed, tax rates generally range from 6.75 percent to 15 percent.

The approval of the regulations sets the table to go live as early as July, a year after sports betting became legal. Of course, the date depends on what there is to bet on given the continued impact of the coronavirus on sports.

“We will post the rules by the end of the week, and then 90 days from when the first application is filed” we will move forward, Lanigan said.

There is no cap on the number of licenses permitted, but the cost per license is $750,000 annually.

Another first for Tennessee is a requirement for sportsbooks to use official league data. In the last year, Illinois and Michigan also passed legislation with the mandate, and it’s likely Virginia will, too.

Fans will home watching the game on TV or a laptop or a phone, that will lead to more betting and more folks who have access to immediate wagering, he said.

Tribes Line Up to Su