Will the Orlando Magic Rediscover Its Defense? 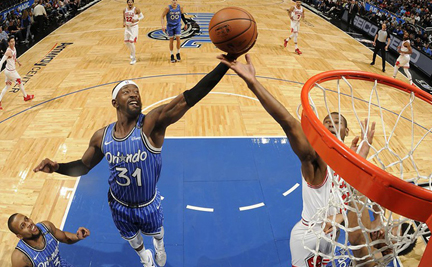 Before its streak of overs, the Orlando Magic was underrated defensively. Here’s what to expect when the team kicks off its season, starting with a face-off against the Brooklyn Nets this Friday, July 31.

No player in the Magic’s regular rotation has ever made an all-defensive team. While Orlando may lack great individual defensive players, the team’s playing style collectively is conducive to defensive success.

The Magic give up the second fewest turnovers per game in the league. It’s played at the fifth slowest pace and rank in the bottom third in three-point attempts on the season. Orlando is able to prevent second-chance points partly because it’s the fourth best shot-blocking team in the league.

Orlando’s defense did regress significantly right before the season’s suspension in March. The OVER has hit in 12 straight games involving the Magic. The Magic surrendered an average of 118.0 points per game in their last twelve games, which would be the third worst opponent scoring average in the league when extrapolated to an entire season.

The Magic currently has the eighth best record in the Eastern Conference. The team will resume their season as 6.5-point favorites against the Brooklyn Nets Friday, July 31. The over/under on the total for the game is 211.0, per consensus odds.

The Orlando Magic doesn’t have very many household names. What it does have is a surprisingly strong defense. The Magic has excelled this season at certain defensive metrics, giving up only 14 points per game off turnovers, the best mark in the league.

The Magic doesn’t have great individual defenders, as nobody in Orlando’s regular rotation has earned accolades, such as making an all-defensive team, for his defense. But Orlando’s playing style makes it possible for the collective unit to keep its opponents from scoring at will. The Magic doesn’t allow very many points off turnovers, because they don’t turn the ball over very much on offense. The Magic generally has one of the more conservative offenses in the league. It isn’t going to pursue very many high variance plays offensively, which means fewer turnovers. The Magic only averages 12.3 turnovers per game, the second-best mark in the league.

Fast-paced offenses that heavily rely upon three-pointers are naturally going to give up a lot of points due to extra possessions and the runouts from missed long-distance shots. The Magic are pretty much the mirror opposite of such a team. Orlando plays at the fifth slowest pace and only ranked 19th in three-point attempts per game. The Magic’s success with preventing second-chance points can be attributed partly to their success at swatting their opponents’ shots. Orlando ranks fourth in blocks per game. The Magic’s Jonathan Isaac and Mo Bamba combined for almost four blocks per game even though neither averaged 30 minutes per game.

For betting news you can use, subscribe to iGamingPlayer.com.

Something happened at around the 53rd game of the season that led to significant defensive regression from the Magic. The over was hit in 12 straight games involving the Magic right before the season’s suspension. Orlando gave up an average of 118 points per game during this stretch, which would be the third worst opponent scoring average when extrapolated to an entire season. BetQL was the first sports betting entity to identify this incredible departure from what had been a pretty solid season defensively for Orlando. The Magic overnight turned into a team that played aggressively offensively and purposefully pursued the three-point shot. Orlando started to run their offense primarily through their all-star center Nikola Vucevic and former slam-dunk contest runner-up Aaron Gordon, which led to more three-point opportunities for Terrence Ross and Evan Fournier. The improvement in the Magic’s offense inevitably came at the expense of its defense.

The Magic will resume its season against the seventh-seed Brooklyn Nets on July 31. The OVER/UNDER on the total are currently 211.0.

While Orlando’s defense struggled right before the season’s suspension in March, the Nets will be without the services of their best offensive players, like Kevin Durant, Kyrie Irving, Spencer Dinwiddie and D’Andre Jordan.

Betting on the NBA can be fun, but if you’re new, it can be hard to understand. BetQL can help. Get all odds including spread, moneyline, total, 1st half spread, 2nd half spread and more at https://betql.co.