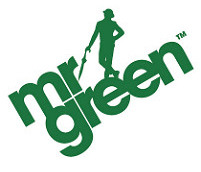 William Hill Plc is seeking to acquire Swedish-listed Mr Green & Co AB for about $308 million in what as seen as a move by the UK bookmaker to lessen its reliance on British-based online operations in the face of tightened gambling regulations in the UK.

According to Reuters, the acquisition would combine William Hill with MRG’s Mr Green and Redbet brands.

William Hill shares rose more than 8 percent after news of the deal was reported and MRG shares rose 47 percent to 68.40 Swedish crowns, close to the acquisition offer price of 69 crowns, Reuters reported. MRG operates in 13 markets and has an international hub in European Union member Malta.

“We get a ready to go international hub,” Philip Bowcock, William Hill’s chief executive officer told Reuters. “As a part of Brexit, we have to create an international hub outside of Gibraltar operations.”

If William Hill kept its Gibraltar operations, it would be subject to the new tax increase announced last week.

Mr Green holds remote gambling licenses in Denmark, Italy, Latvia, Malta, Britain and Ireland and expects to obtain Swedish licenses by the end of the year.

William Hill offered a near 49 percent premium to MRG’s closing price of 46.5 Swedish crowns on Tuesday. The deal has been recommended for approval by Mr Green & Co’s board and shareholders who own over 40 percent of MRG accepted the offer, Reuters said.

The move comes as the UK government announced it will increase its online gambling tax from 15 percent to 21 percent.