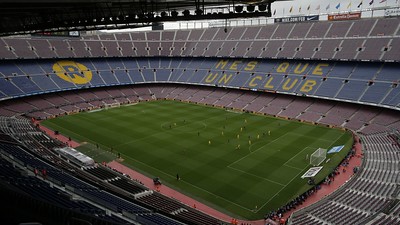 Without fans to cheer them on, soccer and other sports impact odds setting. As a result, bookmakers such as William Hill see a decline in profits from more unpredictable results. The sportsbook operator also faces imminent acquisition by Caesars Entertainment.

Home field advantage may be worth something after all. Seems the empty stadiums where games are played have led to a decline in profits by producing unpredictable results, according to bookmaker William Hill.

Playing games without crowds and their psychological impact on fans has taken a toll when it comes to setting appropriate odds. Take the Premier League. Last season’s champions, Liverpool, were whipped 7-2 by Aston Villa.

“We continue to see volatile gross win margins, and we would expect this situation to continue,” William Hill said.

The bookmaker, in the midst of a £2.9 billion (US$3.8 billion) purchase by Caesars, said betting income was returning to pre-Covid levels, but third-quarter revenues fell 9 percent lower than the same period last year. The first six months of 2020 saw a 32 percent decline in handle, the result of sports cancellation and closure of betting shops, according to The Guardian.

William Hill began the year with 1,533 shops as the company moved more to online action, but reduced that to 1,414 during the third quarter.

A new four-week lockdown of 100 shops would wipe £2 million off operating profits, the bookmaker said.

In related acquisition news, William Hill has published the terms of the buyout, which will take effect after shareholder approval on November 19.

Caesars shareholders will vote on the acquisition on November 17. It will require at least 75 percent approval.