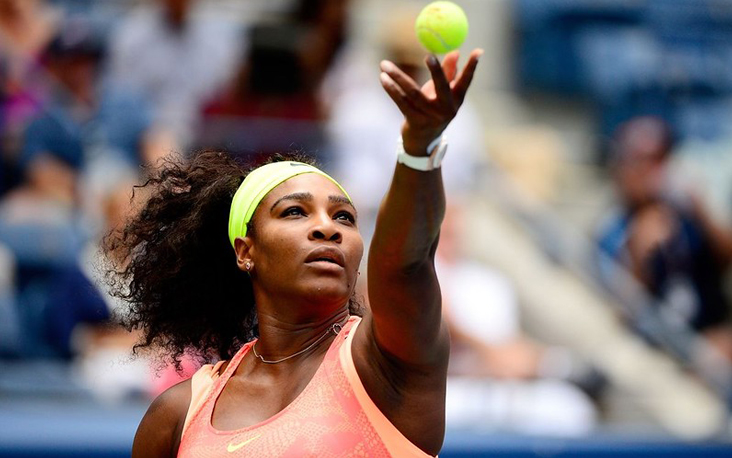 The defending champion is out due to injury, but there are still a lot of contenders among the women at Wimbledon. Here are the favorites, top seeds, and potential wild cards.

At Wimbledon, Martina Navratilova is the all-time champ among the women, with nine wins, including six straight from 1982 to 1987. The Williams sisters have recorded 12 titles—seven for Serena, five for Venus—with Serena losing the last two finals here in 2018 and 2019.

Simona Halep, the current defender, was forced to withdraw from the championship due to an injury sustained in May, in her second-round match in Rome against Angelique Kerber.

Let’s look at the favorites, the top seeds and the potential wild cards in women’s tennis at Wimbledon.

No. 1-ranked Ashleigh Barty is now favored to win the event, just behind Serena. I wonder why. Barty has a respectable 52-16 record on grass. But with only +3.1% ROI, and 8-7 in Wimbledon with a -38.7% ROI, she gives a good amount of value to her opponents. Barty’s odds are shorter because of her top ranking, but she hasn’t backed it up with performance on the turf yet. Add to that, she withdrew from the Berlin tournament with an injury, so she has no preparation coming in.

The winner of an R1 matchup between Katerina Siniakova and Johanna Konta could be an early test for the world No. 1. Both showed some form on the way to this Grand Slam. Konta is naturally good on grass, and is 54-31 all time with a +10% ROI and a SF and QF in London. She won the title in Nottingham, but didn’t face a player from the Top 40 all week, and wasn’t favored more than -160.

Meanwhile, Siniakova just lost the final in Bad Homburg to Kerber, but scored an upset in R2, getting past Jessica Pegula as the +180 underdog. Even with a 5-6 record in Wimbledon, Siniakova has accumulated +15.7 % ROI. She’s a good player to back in an underdog role, as in this matchup with Konta.

French Open champion Barbora Krejcikova is only 1-4 on grass, while No. 17 seed Kiki Bertens has announced that this year will be her last on tour. Bertens has been hampered by an Achilles injury that limited her return to form. With the decision regarding her future, and a 2-6 record on the year, she’s an early candidate to lose despite her ranking. And that’s why bookies have priced Marta Kostyuk, a player who ranks 47 places below her, as a -240 favorite. 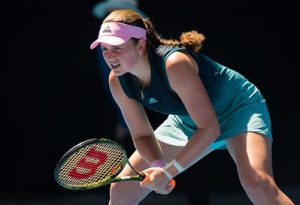 Victoria Azarenka has two QFs and two SFs in Wimbledon, but hasn’t been able to get past the fourth round since 2015, which leads her to a 32-13 record but only -6.8% in ROI. That leaves plenty of space to Anett Kontaveit to make a deep run. The Estonian lost a final in Eastbourne this week to Jelena Ostapenko (l.), but definitely showed what she can do. What worries me is her decision to cut ties with coach Ain Suurthal just before the tournament. With only a physical trainer in her corner, I wonder how it’ll pay out.

Daria Kasatkina followed her loss to Ons Jabeur in Birmingham’s Final with a QF showing in Eastbourne. She seems to be in form coming to Wimbledon, but falls into a bracket with unseeded Ostapenko, a possible R2 rematch from Eastbourne, which the Latvian won in straight sets.

Kasatkina has a QF in Wimbledon in 2018, but was beaten in R1 in 2019. Ostapenko, on the other hand, is on a roll. If she can sustain it, it’ll be hard for the Latvian to lose. Ostapenko has been exceptional on return of late. She’s also lowered her double faults, which have been always a problem for her.

Join Unibet.com today and once you add funds, your first cash bet is insured! Get back up to $500 if you don’t hit a winner. 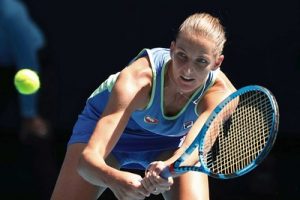 Elina Svitolina is a vulnerable third seed in this portion of the draw, with Serena Williams and Kerber lurking around in a possible QF clash. Svitolina is only 18-19 on grass, but did make a run to the SF in Wimbledon in 2019. That was a surprise, given the fact she wasn’t able to get past half-finals in any grass-court adventure of her career, a total of 19 tournaments.

Karolína Muchová (l.) could go on a run like she did in 2019, first beating Kontaveit +140, and most notably Karolina Pliskova as a +530 underdog before being eliminated by Svitolina in the QF. Svitolina and Muchova are projected to meet again for the second time in a row.

As mentioned, Serena Williams has lost the last two finals here, to Halep and Kerber. And though she’s won a record 23 Grand Slam titles, seven on grass, she hasn’t won one since the Australian Open in 2017, and has been absent from the final for the last two years. That said, with an 87-10 record on grass and 80-9 in London, Williams is one of the biggest favorites for the title. An exciting matchup against Kerber in R3 could show us where Serena is in her preparation.

Cori Gauff made headlines two years ago. At just 15, she came from qualifying all the way to the fourth round, where she lost to Halep. Along the way, she defeated Venus Williams, a five-time champion here, as a +330 underdog. Her preparation for the tournament started well, with a win over 17-ranked Elise Mertens. But she lost a tight encounter against Anastasija Sevastova as a -200 favorite. I think bookies spotted that Gauff has a 26-11 record as a -200 to -120 favorite record with +20.9 ROI. As a result, I see a lot of drops on her prices after it gets released in that range.

Make your first sports wager of $20 or more at BorgataOnline.com and receive $100 in free bets. (Minimum odds of -200 or greater).

Sofia Kenin and Karolina Pliskova are the highest seeds to occupy this part of the draw. But neither has been good the whole year, and I totally expect this trend to continue.

This is the first year in her career that Pliskova has failed to win a match on grass leading up to Wimbledon. She lost to Pegula in Berlin and Camila Giorgi in Eastbourne, and her game has regressed badly after acquiring Sasha Bajin as her coach to start the 2021 season. She’s only 15-12 on the year.

After winning the Australian Open in 2020 and losing the French Open final in 2020, Kenin has been in a slump. She was beaten too many times by lower-ranked players. It wasn’t until the French Open in May that she finally strung some wins together. Kenin’s only 2-3 at Wimbledon from three attempts, but 13-6 overall with an astonishing +70.4% because of two runs in Mallorca in consecutive weeks. She went nuts defeating quality players as an underdog. Though she hasn’t been able to demonstrate that grass form elsewhere, she’s an interesting player to watch in the first rounds. After that, you can decide if you could ride the wave with her.

Liudmilla Samsonova is a certified dark horse in this part of the draw. The Russian who received the last wild card was relentless in Berlin just two weeks ago, starting from qualies and going all the way to win. After she made it to the main draw, the remaining five wins came versus players inside the Top 30. She was an underdog in four of the five matches, in a range from +130 to +230. 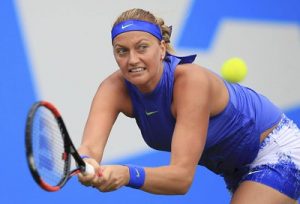 With those seven wins, Samsonova now has a 12-3 grass court record with +68.9% ROI. Those numbers will come back to earth in time, but she’s someone to look out for this week or even longer. She’s fearless, she loves the conditions, and it doesn’t bother her to turn around matches after negative starts.

Samsonova’s progress is halted by Jessica Pegula and Petra Kvitova (l.), with the Czech especially tough to beat on that particular surface. The Wimbledon champion in 2012 and 2014, Kvitova hasn’t passed the fourth round of the competition since. All five losses after her last title came from players below her in rankings, and Kvitova is a huge favorite to advance.

Double down on your first settled bet at GoldenNuggetCasino.com. Place your bet on any sportsbook market (min. odds -200) and your stake will be matched with a Free Bet up to $250.

Despite her seventh seed here, Iga Swiatek, last year’s French Open champion, has to improve to compete with the best on the green surface.

No. 21 seed Ons Jabuer won Birmingham two weeks ago, and was stopped by eventual champ Jelena Ostapenko in Eastbourne the following week, but the Tunisian looked well, despite the subsequent loss. She’s a strike-first, ask-questions-later type of player.

Since winning the title in 2017, Garbine Muguruza has failed to win two matches in a row, and her preparation wasn’t good losing in the third round in Berlin two weeks ago to Aliza Cornet, as a -600 favorite.

Is this finally the Grand Slam where we could see Aryna Sabalenka make a splash and get through the fourth round in high-tier competition? We’ll have to wait and see, but she’s always in good form, her ranking matches her excellent play on various surfaces, and with both Naomi Osaka and Halep out, she’s the No. 2 seed.

But how to trust someone who’s just 4-3 on such an event, and 18-13 overall on grass, with inflated ROI of +22.9% due to her only run in Eastbourne in 2018? Sabalenka could face trouble early on with Ekaterina Alexandrova in the third round, and maybe again with Elena Rybakina. So I’d still avoid betting on her if she’s not up to speed with the early lower-ranked competition.

Jelena Ostapenko has been in a groove, minimizing her double faults and reckless unforced errors, while mixing up her game even more with some slices here and there. I just have to take her to win the first quarter at +1100.

I pick Petra Kvitova to win the third quarter at +375, and Ons Jabeur to win the fourth quarter at +850. These are the value bets, with Ostapenko as an outright winner at +3300 or at least to reach the final at +1800.

Get instant access to all sports with a Day Pass at BetQL! Get started today at BetQL.com.