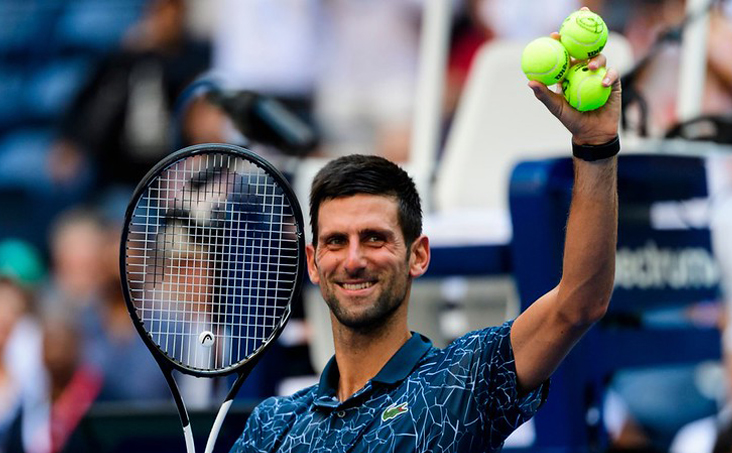 The timing of this Grand Slam has knocked out some players, including Rafael Nadal and Naomi Osaka. A lot of oddsmakers are looking hard at Djokovic to win, but he’s not a lock.

Like many sporting events, Wimbledon returns after a year off due to the Covid-19 pandemic. One change from previous years, however, is the span of time between this Grand Slam event and another: the French Open.

Usually, tennis players have nearly a month in between the French Open and Wimbledon. This year they have just two weeks. The short turnaround has caused a couple of high-profile athletes to skip the event at the All England Lawn Tennis and Croquet Club in Wimbledon, London.

Rafael Nadal, who was a favorite to win the French Open but fell to No. 1 seed Novak Djokovic in the semifinals, decided to skip Wimbledon this year. Nadal said on his Twitter account that he would also skip the 2021 Summer Olympics, which begin on July 25 in Japan.

“Hi all, I have decided not to participate at this year’s Championships at Wimbledon and the Olympic Games,” the 35-year-old Spaniard wrote. “It’s never an easy decision to take, but after listening to my body and discussing it with my team, I understand that it is the right decision.”

Nadal said was the best strategy “to prolong my career and continue to do what makes me happy, that is, to compete at the highest level.” 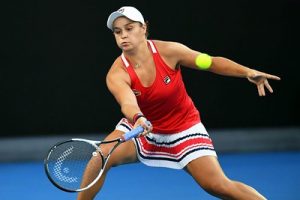 Shortly after Nadal bowed out, Naomi Osaka said she, too, would be a no-show at the U.K. tournament. The Japanese star did say she’d be at the Olympics, which are being held in her home city of Tokyo.

Osaka caused a stir at the French Open when she was fined $15,000 for refusing to talk to the media after her first-round victory. After the fine was announced, Osaka withdrew from the tournament citing the need for a mental-health break.

According to a statement, Naomi skipped Wimbledon to take “some personal time with friends and family. She will be ready for the Olympics, and is excited to play in front of her home fans.”

The No. 2 ranked player would have been a favorite to win Wimbledon. Instead, No. 1 seed Ashleigh Barty is the +550 pick to win at BetMGM. Barty was stunned at the French Open, where she lost in the second round. That might have some gamblers shying away from the 25-year-old Australian.

And now for Serena Williams, who’s ranked eighth in the world and is +650 at Wimbledon. Williams, 39, hasn’t won there since 2016, but she does have a cumulative seven victories (the last Grand Slam title she won was the 2017 Australian Open).

One player bettors might want to look at is Garbiñe Muguruza. The Venezuelan is ranked 13th in the world, and is sporting +1000 odds. She won at Wimbledon in 2017.

Reward yourself with up to 40% more on your winning parlays at BetMGM.com. Just opt in and place a 4-7 leg parlay on any combination of sports or sporting events. 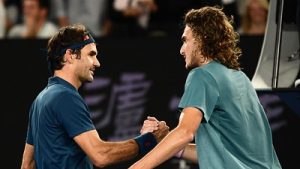 Despite being an overwhelming -110 favorite to win Wimbledon, Djokovic isn’t a lock. The 34-year-old has won Wimbledon five times, but the quick turnaround—winning the French on clay, then transitioning to grass—might make him a candidate for an upset.

The player with the next best odds is Greece’s Stefanos Tsitsipas. The 22-year-old is at +550. He lost to Djokovic in the French Open finals in four sets. The No. 2 seed at Wimbledon is Daniil Medvedev from Russia. The 25-year-old is at +600. He’ll be in the other side of the bracket, and wouldn’t meet Djokovic in the finals unless they both got that far.

A dark horse to consider is Roger Federer. Yes, age is a consideration—the Swiss pro is 39—but at +900, the Maestro might be able to capture his ninth Wimbledon title. If he did, Federer would break the tie of 20 Grand Slam titles, which he currently co-owns with Nadal.

Djokovic is trying to join that legendary lineup, and he can, if he wins. The Serbian is also trying to make another chapter in tennis history this year. Having already won the Australian and French opens, Djokovic is trying to become only the sixth player to capture the calendar Grand Slam. Don Budge (1937), Maureen Connolly Brinker (1953), Rod Laver (1962, 1967), Margaret Court (1970), and Steffi Graf (1988) are the only players to win all four Grand Slam tournaments in the same year.

The 2021 Wimbledon Championship begins Monday, June 28 and runs through Sunday, July 11. All events will be broadcast live on ESPN, ESPN2, ABC, and the Tennis Channel.