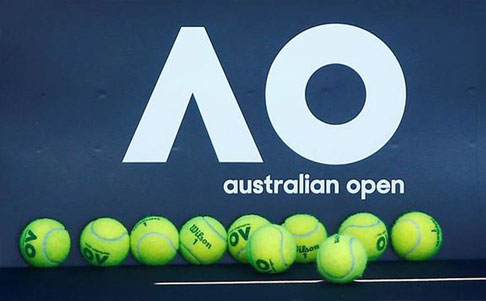 The Australian Open is underway and with Djokovic out, the field is wide open for others to take the Grand Slam. Topping the men’s list: Daniil Medvedev.

What happened before the Australian Open might provide more drama than the Grand Slam event itself. The off-court saga with world’s No. 1 men’s tennis player, Novak Djokovic, had more twists than a Russian novel.

The Serbian found himself embroiled in a controversy regarding his Covid-19 status. Djokovic, who is not vaccinated, was initially denied entry into Australia. A judge overturned that decision. But another judge upheld it and the star was ordered out of the country.

While that episode played out, Nole’s odds to win his 10th Australian Open fluctuated. Before the controversy, he was the overwhelming favorite to win, at -150. Once his appearance at the event was in peril, he dropped to +140.

Now he’s out, making Daniil Medvedev the favorite to win at +160.

Who else has a chance to win the Grand Slam event? We look at both the men’s and women’s draw and see who could capture their respective singles’ titles. 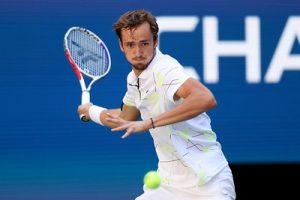 Daniil Medvedev is the No. 2 ranked men’s tennis player. He’s been in Djokovic’s shadow for quite some time, though he’s won a Grand Slam title and defeated Djokovic at last year’s U.S. Open.

At this tournament, the 25-year-old doesn’t have Djokovic in his way. That’s the good news. The bad news is that in five appearances at the Australian Open, Medvedev only made the finals once, in last year’s loss to Djokovic.

Golden Nugget offers Parlay Boosts across top-tier competitions, including tennis. Just place a parlay with each (leg) having odds of -145 or greater. 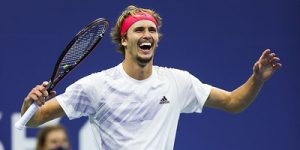 might be poised to break through and win his first Grand Slam. The German had six titles in 2021 and defeated Djokovic and Medvedev in successive rounds of the ATP Finals.

The issue with Zverev is confidence and an inconsistent serve. When he’s on, he’s deadly. When he’s off, he can get quickly bounced out of a match.

Zverev is the second pick at +250, but he’s going to have to quell his nerves to win his first Grand Slam title.

Don’t miss your chance for a $1,001 Free Bet when you sign up to wager at Caesars Sportsbook. New players only.

So Djokovic is out, and Roger Federer is recovering from his third knee surgery. That makes Rafael Nadal the lone player with a chance to win a 21st Grand Slam title. That said, the Spaniard’s record in Melbourne is spotty.

At +550 to win, Nadal has only won once at the Australian Open, way back in 2009. Since that victory, he’s reached the finals four times. but lost on every occasion.

Nadal has gotten to the quarterfinals the last two years, but there’s a question about how healed his injured foot is, though he told reporters he’s ready to play. 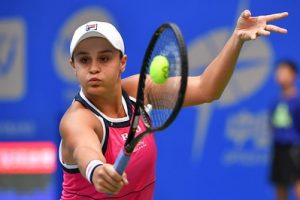 The No. 1 player in action at the Australian Open is Ashleigh Barty, and no tournament means more to her. The 25-year-old Australian is the +275 favorite to win.

If she does, it would be her third Grand Slam title, with the 2019 French Open and the 2021 Wimbledon championships already on her resume. But this is the one she covets.

“I just have to hope that everyone understands that I’m giving it my best crack,” Barty told reporters. “It doesn’t always work out exactly how you want to. But you go about it the right way, you do the right things, and try and give yourself the best chance.”

Not only will Barty face a lot of pressure, she also has a horrible draw. She could potentially face two-time Australian Open champion Naomi Osaka in the fourth round, fifth seed Maria Sakkari in the quarter-finals, and three-time grand slam champion Barbora Krejcikova in the semifinals.

If she wins the Australian Open, Barty will have truly earned it.

Osaka Back in Form at Australian Open 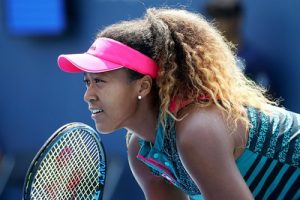 had a rough 2021, facing upsets and then revealing struggles with her mental health. She stepped away from the game and she said it was the best thing she could have done.

Now she returns to defend her Australian Open title, and with all the pre-tournament attention on Djokovic, has been able to avoid the media spotlight. That’s a break in her favor.

Osaka excels on the hard court, with all four of her Grand Slam titles won on that surface. She also has great value at +700.

Sign up to wager on Aussie Open tennis at PlaySugarHouse. Your first deposit will be matched, dollar for dollar, up to $250. 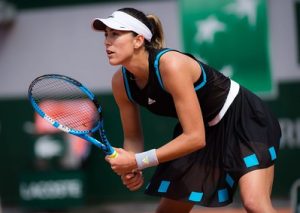 Your best underdog pick would be Garbine Muguruza. The Spaniard is at +1400 to win.

There’s risk with any player with long odds, and Muguruza has plenty. First, she’s never won this event and only reached the finals once. Second, she was stunned by Daria Kasatkina in the second round of the Sydney International. That event is considered a tuneup for the Australian Open.

Finally, she may have to face Barty and is 1-4 against her, including losing the last three.

Favorites to Rule in