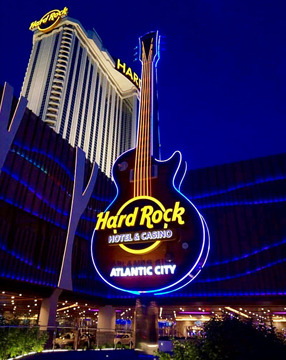 Both casinos recently re-opened in June under new ownership. The Hard Rock was the former Trump Taj Mahal and Ocean Resort was the former Revel Atlantic City.

Local 54 has been recognized to represent Hard Rock’s nearly 1,500 union employees, which includes bartenders, servers and other hospitality workers. The union and the casino company began contract negotiations in September, the Press reported.

“It was always our objective to get Hard Rock’s contract done first,” Bob McDevitt, president of Local 54 told the paper. “We’re further down the road with them, and that was by design.”

Ocean Resort’s about 1,200 employees are now signing forms to authorize being part of a collective bargaining unit. The union and the casino hotel have a card check neutrality agreement in place, which means the casino supports workers unionizing.

Still, once workers signal their intent to unionize, a third-party must verify the authenticity of the signatures before a union is legally allowed to represent the workers. That process can often take anywhere from two to three years, the Press reported.

Local 54 currently represents close to 8,500 casino workers in Atlantic City. In 2017, when only seven casino properties were open in Atlantic City, Local 54 reported membership of 10,266 to the U.S. Department of Labor, the report said.

The move comes as the New Jersey Legislature has reached a consensus to raise the state’s minimum wage to $15 an hour by 2024. The minimum wage will increase to $10 in July and then add $1 a year through July 2024.