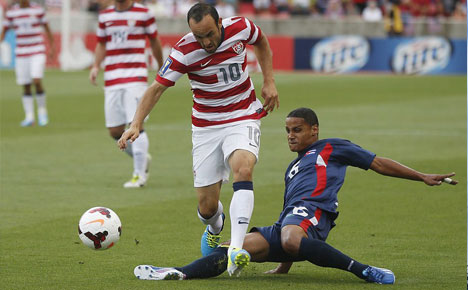 Qualifying for the 2022 World Cup in Qatar is set to resume with several countries in action this week. Let’s size them up and pick a few winners.

Countries vying to make the 2022 World Cup in Qatar are in the midst of qualifying rounds, with another block of games set for this week. Among the squads in action: the U.S. Men’s National Team, which faces El Salvador on Thursday. 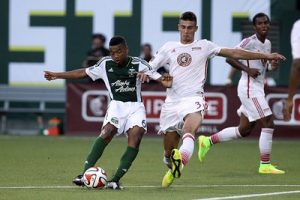 These two teams tied 0-0 in their first qualifying game back in September. This time around, the Americans are -400 favorites to beat El Salvador, +1150, at BetMGM. A draw is set at +450. The U.S. has played well in the qualifying round, with just one loss in eight matches (Panama defeated them 1-0 in October). They have won four contests and picked up three draws.

This match takes the rivals to Columbus, Ohio, but it might not be much of an advantage for the U.S.. The forecast calls for a game-time temperature of 24 degrees, winds up to 14 mph and a 40 percent chance of snow showers. Even so, USA winger Paul Arriola told reporters last week that the weather won’t be a concern for him and his teammates.

“The staff on the national team does a tremendous job, and we have full confidence in them to prepare us,” Arriola said. “Obviously, we have our duties as professional players and players on the national team to be as ready as possible for every condition. I’ve done it before and I think most of most of the players on this team have, and I think it’s an opportunity for us.”

The total for the game is set at 2.5 goals. If it’s cold and snowy, getting the ball in the back of the net might be an issue.

Reward yourself with up to 40% more in profits on your winning parlays at BetMGM. Just opt in and place a 4-7 leg parlay on any combination of sports or sporting events.

China entered the World Cup qualifiers hoping to make its second appearance. The team’s only time qualifying was in 2002, and it’s currently fifth of six teams in the Asian Football Confederation.

Now the Chinese face a Japanese team that’s second in the standings and sporting a record of four wins and two losses. The Chinese team has one win, three losses and two draws. If ever there was a must-win game this would be it.

The last time the two faced each other was in September and Japan prevailed, 1-0. The Japanese have defeated China in three of their last five matches, the other two being draws.

That doesn’t mean Japan can’t be upset. Oman did it in September with a 1-0 victory on a goal in the 88th minute. Still, it will be a tough task for the Chinese to upset their rival.

Sign up to wager on the World Cup at Golden Nugget Sportsbook and your stake is matched with a free bet up to $250. Bet on any sportsbook market (at minimum odds -200).

Ecuador is in solid position at third place in the Copa America group, but a victory would give them some breathing room ahead of Colombia. The bad news? They have to earn those points against first-place Brazil.

Ecuador is 7-5-2, but Brazil hasn’t lost in 13 qualifying matches and now boasts an impressive 11-0-2 record. One of those draws was against Ecuador, however, so there’s hope.

Ecuador’s recent matches haven’t been exactly confidence-builders. The team did defeat Chile and Venezuela, but it was upset by Venezuela in October, and tied Colombia.

Though Ecuador has more to play for, Brazil’s in top form. The Brazilians should avenge the draw and win comfortably.

Join Unibet Sportsbook today and once you add funds, your first cash bet is insured. Get up to $250 back if you don’t hit a winner. New players only. 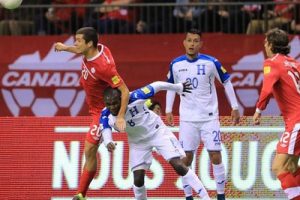 This year Canada is trying to reach its first World Cup since 1986. The team was dealt a blow when fullback Alphonso Davies suffered a heart condition following a bout with Covid-19.

Still, the Canadian team should have enough offensive power to handle its next opponent, Honduras. The teams played to a 1-1 draw when they met in September, but since then have gone in opposite directions.

The Honduras team is winless with three draws and five losses and sits at the bottom of the standings. Canada is atop the standings with four wins and four draws.

Despite missing Davies, the Canadian team should sail to victory against a floundering Honduras team.

New players get up to $1,000 paid in free bets at TwinSpires. Sign up and start betting the World Cup today.

How to Bet on the Be