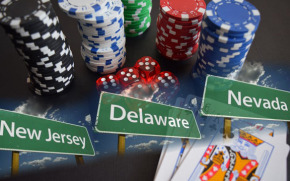 The Classic runs through November 18 and features 51 events with combined prize pool guarantees of more than $1.5 million.

The big event is the $200,000 guaranteed Main Event on November 18. The winner also receives a champion’s belt.

Get the full schedule here.

WSOP.com is also offering satellites for its $1,700 live Main Event for its WSOP Circuit event to be held at the Planet Hollywood Las Vegas Resort and Casino on November 24-25. The satellites run November 18-24 and start for as little as $3. Players are responsible for their own travel and accommodations for the event.

Meanwhile, BorgataPoker is offering online satellites for its live Borgata Fall Poker Open at the Borgata Hotel Casino & Spa in Atlantic City, which kicked off November 6.

There’s still time to earn entries into the $1 Million Guaranteed Borgata Fall Poker Open Championship running from November 17 to 23 in Atlantic City. The online satellites for the championship begin November 8 and run right up to November 17.

They include daily preliminary satellites to win a ticket into the $400 Super Satellite that awards $2,700 entries in the championship event. The super satellites will be held on November 10-11 and again on November 17-18.

Again, players must provide their own transportation and accommodations.

Get the full schedule here.