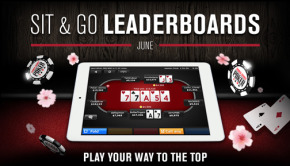 The first online event at the 2018 World Series of Poker was held June 3 and has to be called a rousing success. The event marked the first time that online players from New Jersey could participate in the Nevada-based event under a player sharing agreement between the two states.

The total number of buy-ins for the event was 2,972 for a total prize pool of $974,816. The winner was William Reymond of Texas, who won just under $156,000. WSOP.com has not announced how many New Jersey online players were involved—online events usually attract a lot of players already in Nevada for live WSOP events—but New Jersey players pepper the final cash list.

While the World Series is underway, online players can also cash in on several special tournaments and promotions under what WSOP.com is calling its $15 million summer.

Check out the schedule here.

WSOP.com has also added a $300 guaranteed Players Appreciation tournament for July 8. You can freeroll your way into this tournament with:

Daily Freerolls that guarantee one seat from June 18-July 6

WSOP.com is also offering a June Reload deposit match of 100 percent up to $1,000 for June and is running its normal Sit & Go leaderboards for the month.

And to top it all off, WSOP.com has raised the guarantee on its marquee Sunday tournament to $100,000. The $360 buy-in tournament starts at 6 p.m. and is now probably the richest weekly online tournament in both New Jersey and Nevada.

It’s definitely been an action-filled start to summer at WSOP.com. Be sure to check out iGamingPlayer.com’s Promotions page for details about the latest promotions and more at WSOP.com and other online gambling sites.