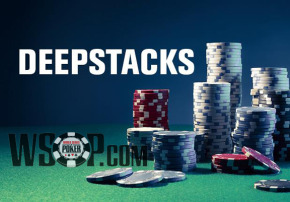 The World Series of Poker, or WSOP.com in Nevada and New Jersey, is celebrating the December holiday season in a big way with a special tournament event and a number of other promotions.

For online poker players, it’s like getting a bunch of treats just for the season.

The big news is a special Deepstack Tournament event starting December 11 and running through December 17 that’s available in both New Jersey and Nevada.

There are more than $20,000 in guaranteed prize pools for the seven tournaments with one starting everyday at 6 p.m. The 10 players that top a series leaderboard will also win some cool WSOP swag.

In keeping with the season, WSOP.com is also offering a Snowman Surprise promotion from December 20 to 24. Just flop quad eights—you know, four snowmen—and you’ll get an instant $50 cash prize (meaning no play-through requirement).

There’s also a December reload all month that will double your deposit up to $400. The bonus is released incrementally as you acquire action points.

Again, these bonuses are available both in New Jersey and Nevada.

For New Jersey players, WSOP.com is offering a winter mystery bonus from December 10 to 20 where players can get a free $15 Blast Sit and Go tournament ticket when you deposit $15 or more. That’s on top of a Blast Bonus where you get a 100x multiplier on Action Points. Plus, if you play a Blast Sit and Go and don’t cash, they’ll give you another free ticket. That’s a pretty smart play.

You can also earn double action points by playing during the month’s Happy Hours from 8 p.m. to midnight.

For Nevada players, WSOP.com is offering a DIY Bonus from December 11 to 17. Start earning APPs through cash games to qualify for a bonus of up to $2,000. Earn as many APPs as possible before 11:59 p.m. on December 17 to qualify for one of the bonus options below:

These promotions will run alongside WSOP.com’s usual leaderboard promotions, which cover everything from earning Action Points to tournament play. As usual, WSOP.com makes December a truly merry time of year.

Check out all of WSOP.com’s promotions at our Promotions page.