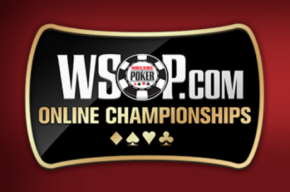 WSOP.com is one of the premiere online poker sites in both the New Jersey and Nevada markets. A lot of that has to do with the World Series of Poker itself, held in Nevada every summer. It’s simply the most famous live poker event around.

But making the transfer to online success takes a little more than just brand recognition—you have to deliver for players. And WSOP.com does just that through its series of online leaderboards.

What’s a leaderboard? It is a specific promotion where players are rewarded for earning loyalty points, or as WSOP.com calls them, Action Player Points.

Players receive Action Player Points based on tournament play and regular play. The points are based on the tournament fees and “rake” that players pay at the regular tables. The rake is the small amount of money the site collects from each poker pot. Players get two APPs for every $1 paid to the site. APPs can then be traded for rewards and bonuses.

OK, that’s a lot of definitions. The point is that promotions like leaderboards let players get some of that money back. The more you play, the higher you’ll finish on the leaderboard and the better your chance of getting some reward money.

For example, WSOP.com has a simple APP leaderboard that runs weekly through the month. The top 30 finishers—those who earned the most APPs—on the leaderboard split $2,500 in bonuses, with the No. 1 player getting a $500 bonus.

In September, WSOP.com has also introduced a High-Low leaderboard for multi-table tournaments based on both the amount of money won and lost at tournaments. That’s right, the promotion rewards both the big winners and the big losers at the tournament tables.

The low leaderboard pays out tournament tickets to enter other tournaments and try to change your luck. If you’re on a bad roll, getting a free chance to enter a tournament just might be what you need to turn things around.

Of course, leaderboards only pay off if you play a lot, but remember, except for the High-Low tournament leaderboard, they aren’t the same as your winnings. They just offer you extra money to shoot for by being an active player.

And extra money is certainly worth shooting for.

Check out all of WSOP.com’s leaderboard promotions at our Promotions page.