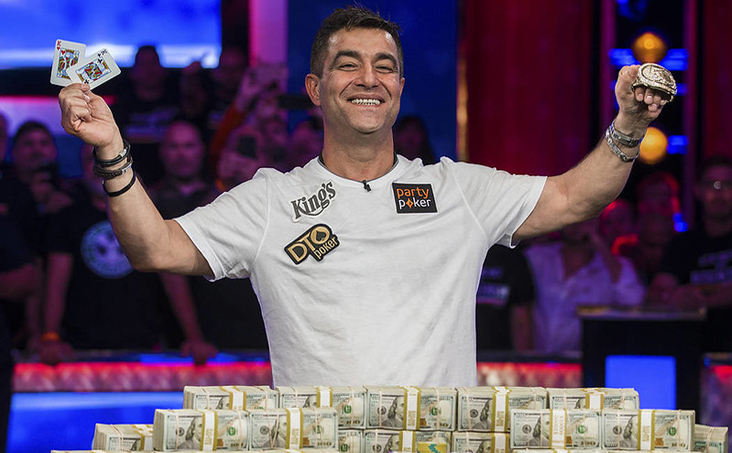 The World Series of Poker will wrap up its Super Circuit Online Series this weekend on the GGPoker Network, with the top two winners receiving invites to the $1 million Global Casino Championship.

In April, Caesars Entertainment announced that the 51st running of the World Series of Poker (WSOP) was postponed from its original May 26 kickoff at the Rio All-Suite Hotel & Casino in Las Vegas, with a new fall date still to be announced.

But the fact there are no live contests this spring and summer doesn’t mean you can’t get in on WSOP poker. Shortly after the live tournament was postponed, Caesars announced it would partner with global-facing GGPoker Network to formulate the WSOP Super Circuit Online Series.

What’s more, the top two winners of the online series will get free entries into what’s going to be one of the biggest online poker events in history: the $1 million World Series of Poker Global Casino Championship official bracelet event. One entry goes to the overall series points leader, the other to the Main Event winner.

On Sunday, July 19, official “WSOP Online” bracelet tournaments will commence on the GGPoker Network, one of the biggest and fastest-growing online poker providers in the world. The international series will run through September 6 and mark the first time that players outside the U.S. have been able to compete for an official WSOP bracelet online.

On September 6, the 2020 tournament will wrap up with the $10,000 buy-in Main Event championship, the richest prize pool on the poker calendar each year. Last year, 55-year-old Hossein Ensan (above) became the oldest player ever to capture the Main Event bracelet, taking home $10 million.

GGPoker plans to unveil its bracelet schedule on a rolling basis, and will have a broad range of buy-ins and game formats. The network boasts next-generation smart software and a multitude of innovative features, all of which will be on display during the online series.

WSOP.com will celebrate the tournament with a number of special promotions and incentives. Satellites to WSOP Bracelet events start as low as $1. WSOP will also offer $100,000 in added prize money eligible to the top performers across all eligible online bracelet events in July.

In addition to more planned July promotions, players will also be offered multiple reload bonuses throughout the month of July.

GGPoker just wrapped up a highly successful WSOP Online Circuit Event, which saw a total series prize pool of $134,706,274, easily smashing the advertised $100 million in guarantees. In total, the WSOP series saw a staggering 485,851 entries with highlights including a Main Event of nearly 10,000 entrants with $1.2 million for the winner and a scorching $25,000 “high roller” with 505 entries, creating GGPoker’s largest prize pool to date of $12.3 million.

Like the record-setting WSOP Online Circuit, GGPoker’s online bracelet event schedule will similarly have buy-in levels and formats that cater to a wide range of players.

“There’s nothing in the world like winning a WSOP bracelet,” said GGPoker ambassador Daniel Negreanu. “Bringing this experience online will open the door for a new generation of poker players to feel the rush of competing for the game’s biggest prize.”

For more details on North American events, and for the complete schedule, visit www.wsop.com/online-poker. WSOP.com allows play from customers geo-located in Nevada and New Jersey.

It takes a special person to join the U.S. Armed Forces or serve as a firefighter or police officer. That’s why WSOP.com offers a $1,000 Freeroll to these heroes at 6 p.m. on the third Sunday of every month. For details, go to www.wsop.com/promotions/hero-freeroll/nj