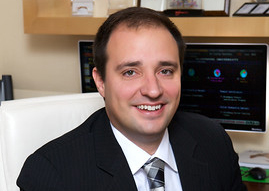 Wynn CEO Matt Maddox (l.) had three more years added to his contract recently, after a unanimous vote by the Wynn Resorts board of directors. His new contract expires at the end of 2022.

By a unanimous vote of its board, Wynn Resorts has extended the contract of CEO Matt Maddox through December 2022, and congratulated him for guiding the company through its transition after the sudden departure of founder and CEO Steve Wynn, who left in early 2018 under a barrage of sexual misconduct allegations. His contract was due to expire in February 2021.

A filing with the SEC reveals that Maddox’s salary and bonus compensation will be the same as before: $1.9 million in salary, with bonuses that brought him a total of $17 million. In addition, he will get 100,000 shares of “performance-based restricted stock.”

Wynn Chairman Phil Satre praised Maddox and his team for opening the $2.6 billion Encore Boston Harbor, renovating the Wynn Macau, completing expansion plans for the Wynn Palace and completing the expansion of the Wynn Las Vegas convention center. The company is also seeking a license to operate a casino in Japan.

In a statement the chairman said, “He has rebuilt a solid strategic plan and capital foundation which now positions Wynn Resorts to enjoy what the board of directors and I believe will be a period of remarkable growth and success,” adding that the completed projects “provides us with an enviable pipeline for growth and innovation.” He added that Maddox, “successfully navigated the company through its most difficult and challenging circumstances.”

A former investment banker, Maddox joined the company when it was founded in 2002, became Wynn’s president in 2013 and was Steve Wynn’s protégé. So he was the clear choice to take the helm when Wynn resigned and quickly divested himself of all stocks and property connected with the company he founded. However Maddox came under criticism, especially from the Massachusetts Gaming Commission, for not knowing more about the accusations against Wynn, including a $7 million settlement with a woman who claimed he raped her and made her pregnant.

In the nearly two years since Wynn departed, Maddox has led a very public change in corporate “culture,” which included adding several women to the board of directors and adopting procedures designed to empower women who feel that they are harassed to have their concerns addressed in an open manner—and to prevent it before it happens.

A woman who hasn’t been added to the board is Steve Wynn’s ex-wife, Elaine Wynn, the single largest stockholder. There are reports that she and Maddox are not on the warmest of terms.

Some of this was done by fiat from the Massachusetts Gaming Commission, which required changes as a condition for not pulling the company’s gaming license for the Encore Boston Harbor. This included a compliance officer paid for by the company, but reporting to the MGC—who not only oversees the company, but Maddox himself for at least the next two years.

Nevada fined the company $20 million in January in a settlement where the company was scored for former executives failing to report or investigate the multiple allegations against Wynn. In May, the MGC fined the company $35 million and Maddox himself $500,000, which the company paid. During that process Maddox was subjected to a grueling three day hearing by commissioners, some of whom questioned his leadership qualifications. The company took the unusual step of publicly defending his conduct after that hearing.

Smarting from the very public rebuke, the company briefly flirted with selling the Encore Boston Harbor to MGM, but eventually dropped that idea and opened the casino in June.

The Nevada Gaming Commission doesn’t appear to be finished with Steve Wynn. It is holding hearings this week on a complaint that seeks to find the former CEO unsuitable to hold a gaming license. The question is, does the Gaming Control Board have jurisdiction over Wynn, since he has divested himself of all company holdings?

Ever since the first story chronicling the accusations were printed by the Wall Street Journal in January 2018, Steve Wynn has consistently denied any wrongdoing.

Maddox commented on his tenure being extended: “No one person is singularly responsible for the success of any enterprise. I deeply appreciate the support the board has demonstrated both for me personally, and the Wynn team collectively.”

Shares of the company have increased 35 percent since the beginning of the year, although it still hasn’t regained what it lost since the founder’s departure. Wynn is the third largest gaming company in the U.S., behind MGM and Sands.