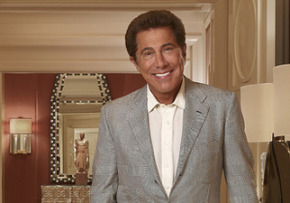 Steve Wynn was the target of an explosive article published last week in the Wall Street Journal that alleged a pattern of sexual abuse of women during his time leading Wynn Resorts and Mirage Resorts. The WSJ reported that “dozens” of women recounted encounters with Wynn where he made unwanted sexual advances.

In the article a manicurist charged that Wynn forced her to have sex with him in his office in 2005, and later received a $7.5 million settlement.

Wynn responded in statement, saying, “The idea that I ever assaulted any woman is preposterous.”

“We find ourselves in a world where people can make allegations, regardless of the truth, and a person is left with the choice of weathering insulting publicity or engaging in multi-year lawsuits. It is deplorable for anyone to find themselves in this situation.”

Wynn blamed his ex-wife for the allegations.

“The instigation of these accusations is the continued work of my ex-wife Elaine Wynn, with whom I am involved in a terrible and nasty lawsuit in which she is seeking a revised divorce settlement.”

Elaine Wynn has refused to comment on the matter.

Despite his denials, Wynn later resigned as finance chairman for the Republican National Committee, a decision supported by his friend, President Donald Trump. Wynn was enormously successful in that position, raising millions of dollars for the party.

Wynn said he remained focused on the company, its employees and its shareholders.

One group demanded his resignation from both Wynn Resorts and the RNC.

“Steve Wynn needs to go,” said Nita Chaudhary, co-founder of UltraViolet, a women’s advocacy organization. “He is a predator of the worst kind who used his position of power to sexually coerce his female employees. It is sadly no surprise that he keeps company with people like Donald Trump—a man who follows the same playbook of sexual abuse. The board of Wynn Resorts must prove that it stands against sexual assault and with survivors, and take immediate action to remove Steve Wynn from the company.”

The hand-picked board of Wynn Resorts isn’t likely to accede to these demands, however, it has set up a special committee to investigate the charges. The committee will be led by Patricia Mulroy, a former member of the Nevada Gaming Commission, and the only female member of the Wynn board.

Several gaming regulatory bodies, including Nevada’s Gaming Control Board and the Massachusetts Gaming Commission, have said they are “aware” of the charges and are reviewing them. Wynn must still be licensed in Massachusetts before his Wynn Boston Harbor in Everett debuts in 2019.

The WSJ article and its reaction distracted from stellar fourth-quarter results and expansion plans for Wynn Resorts, outlined just days before publication.

Wynn Resorts says it plans to fast-track construction of a new hotel on the 38 acres the company acquired in December across Las Vegas Boulevard from its Wynn Las Vegas and Encore resorts.

Plans call for a 2,000-3,000-room property on the land, once the location of the New Frontier and more recently the site of James Packer’s abortive Alon megaresort.

Wynn West, as it’s called, will connect to the Beach Club outside Encore and Wynn Las Vegas via an “air conditioned umbilical hallway” that will run over the Strip, Steve Wynn told analysts participating in the company’s fourth-quarter earnings call. He said the necessary infrastructure outside the Beach Club is already in place because he knew he would eventually buy the Alon site.

“What we are going to do across the street is going to go rather quickly because I have been giving it thought for a long time,” he explained. “I don’t think the design and development period is going to be very long,” he added, saying he expects to complete Wynn West, together with the much-anticipated Paradise Park, “in three years or so”.

The announcement, Wynn’s first regarding the purchase, came as a surprise to Wall Street, which had expected the company to sit on the parcel until it deemed market conditions to be ideal.

As for Paradise Park―which includes a 1,500-room hotel located between the existing Wynn and Encore towers together with convention and meetings space and a 1,600-foot lagoon surrounded by a pedestrian promenade and a white sand beach―construction is well under way.

“I am going to get those damn buildings up as fast as I can because I want to capture more of the absolutely inevitable visitor and tourist traffic that Las Vegas will experience in the next 15 to 20 years,” Wynn said.

With the completion of Paradise Park and Wynn West, the company will have 8,000 of Southern Nevada’s 160,000 hotel rooms, surrounded by 6 million square feet of meeting space and capable ultimately of commanding rates of $400 to $500 a night. Wynn said he hoped to have renderings for all his Las Vegas projects in the next four to five months.

The quarter was a strong one for Wynn, largely on a continuing resurgence in the Macau market, where the company derives more than 60 percent of its total revenues. Eighteen months since its debut on Cotai, Wynn Palace is now generating about $4 million of operating revenue a day, the company reported, and Wynn said he expects it will “blow past” an earlier forecast of $630 million in EBITDA.

In response, the company plans to expand the resort and work has already started on its design, Wynn said.

“The Macau market is still only touching a tiny percentage of the potential market that is there,’’ he said on the call. “Do not bet against Macau. You will be losing your money.”

Wynn also said he would share the largesse with employees by raising wages or giving bonuses. He did not go into details.

But the catalyst for the improved results in the fourth quarter was the Macau performance.

Feeling buoyant about the results, Wynn says he is planning to expand his $4.2 billion Wynn Palace, which opened in August 2016, on 11 acres in Macau.

“The depth and the foundational strength of that market is real,” Wynn said. “We’ve been encouraged by the government in conversations with them to file our plans for Phase II, which we’re working on now.” He was alluding to Wynn’s gaming concession, which expires in 2020 and is subject to renewal by the Macau government.

“We enjoy a good deal of confidence and we have been given reason to have confidence that our businesses will continue after the initial concession expiration date,” he said. “That confidence is based upon the kinds of conversations we have with the government.”

Despite this, shares in Wynn Resorts Ltd. have tumbled following the sexual-misconduct allegations, and only time will tell if or when they might rebound.