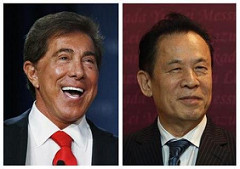 Kazuo Okada has won his bid to force a jury trial over Wynn Resorts’ decision five years ago to forcibly redeem his sizable shareholding in the company.

The case is scheduled to go to trial in April following a ruling by Nevada District Judge Elizabeth Gonzalez rejecting Wynn’s claim that the state’s “business judgment” rule shields decisions by boards of directors from legal challenges as long as they are made in accordance with proper procedures.

Wynn’s lawyers argued that a July 27 Nevada Supreme Court decision denying Okada and co-litigant Universal Entertainment access to the board’s communications with its legal advisers made it clear that the rule applies.

Gonzalez, however, said in her decision that the rule protects Wynn’s directors as individuals but not the company itself and not Chairman and CEO Steve Wynn and his ex-wife and former director Elaine Wynn, who may also have to stand trial.

The history is tangled. At stake are more than 24 million shares. They were held indirectly by Universal, a leading machine gaming manufacturer in Japan, through its Aruze USA slot subsidiary. Okada, a Japanese pachinko tycoon, founded Universal and was its chairman and controlling shareholder at the turn of the century when he helped launch Wynn Resorts with a $380 million investment and was named vice chairman. His shares represented 20 percent of the company, the largest individual holding after Steve and Elaine Wynn’s.

But then Okada and Wynn fell out, reputedly over Okada’s desire to bring the company into the Philippines as the developer of a gaming megaresort in Manila. Wynn has said he opposed the investment from the start, and the company passed on it. Okada decided to pursue it independently through his own Philippines-based Universal subsidiary.

Then, in 2011, an explosive Reuters report implicated employees of Universal in an alleged pattern of bribery in the Philippines, prompting Wynn’s board to launch an internal investigation into gifts bestowed on Philippine officials at Wynn Macau on Okada’s orders and which the probe concluded were improper. In 2012, the board voted to take back Okada’s shares at a massive discount as a prelude to ousting him from the board and the board of its Hong Kong-listed Macau parent. The shares, worth around US$2.8 billion at the time, were redeemed in exchange for a promissory note for $1.9 billion.

Okada sued, claiming the redemption and ouster were ordered by Steve Wynn, who resented his influence as an independent force on the board. The company has denied this, claiming Okada’s involvement in the Philippines threatened its Nevada gaming license and the board had no choice.

In the midst of this an equally bitter court fight erupted between Steve and Elaine Wynn, who was fired from the board in 2015 after she sued for control of her 10 million shares. The shares effectively were placed in her ex-husband’s control under the terms of their 2009 divorce settlement. She claims Wynn feared an Okada takeover of the company and wanted their combined shares voted as a bloc to prevent it.

“The Wynn board will pull out all the stops to go after, to attack anyone opposed to Mr. Wynn, like Mr. Okada and Ms. Wynn,” Universal lawyer David Krakoff argued before Judge Gonzalez. “But when it comes to Mr. Wynn and his friends, the board does nothing.”

Okada and Universal are seeking to reclaim the shares along with more than $1 billion in damages.

According to press reports, a spokesman for Wynn Resorts said the company had no comment on Gonzalez’s ruling.