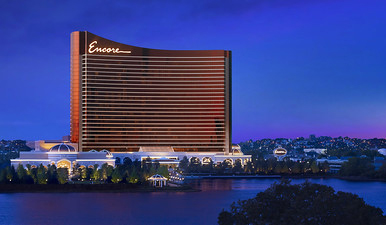 Wynn Resorts is the only major U.S. operator so far to report the number of employees𑁋”roughly 300”𑁋who have tested positive for Covid-19. Will Wynn’s example induce other companies to open up? Others have refused citing privacy restrictions.

For weeks, Las Vegas casino operators have been testing thousands of employees for Covid-19 as a matter of policy. However, they are not required to share the results with the public. Not surprisingly, not one had volunteered to do so.

Or that was the case until Strip giant Wynn Resorts acted on its own earlier this month to breach the wall of secrecy and disclose that to date around 300 workers at Wynn Las Vegas, Encore and Encore Boston Harbor have tested positive for the potentially deadly virus.

Industry watchers are now wondering if Wynn’s action will induce other operators to open up.

“This pulls the cover off for everyone else,” said Nehme Abouzeid, president of consulting firm LaunchVegas and a former Wynn executive.

As he told the Las Vegas Review-Journal, “Customers and employees will ask other operators, ‘How come you’re not as forthcoming as Wynn?’”

Some companies, notably Station Casinos and Las Vegas Sands, tested all employees before they returned to work on June 4 and now regularly test some or all of them. LVS says it’s administered nearly 30,000 tests over the last three months. Station has reported more than 12,000. Others, like MGM Resorts International, only test staff who exhibit symptoms of the virus or have been in contact with someone who has it.

Only Golden Entertainment, operator of the Stratosphere and Arizona Charlie’s casinos in Las Vegas and hundreds of gaming taverns across the city and statewide, had gone as far as to provide a ballpark, disclosing on a recent earnings call that it’s seen a positivity rate of less than 2 percent of its nearly 6,000 tests performed.

Wynn’s infection rate corresponded with Golden’s at around 2 percent out of 16,750 tests performed, or “roughly 300” employees, as CEO Matt Maddox said on the company’s second quarter earnings call.

He said the company tested all of its employees before they returned to work and now follows an “algorithm” for monitoring staff and randomly testing 500-600 every couple of weeks.

He added that the company’s in-house contact tracers have determined “99 (percent) of those 300 people were exposed outside of Wynn.”

That doesn’t surprise Brian Labus, an epidemiologist with the University of Nevada, Las Vegas and a member of Governor Steve Sisolak’s medical advisory team. “Just because it’s a Wynn employee that tested positive doesn’t mean it had anything to do with Wynn or put any other co-workers or guests at risk.”

He’s not surprised by the rate of infection either, given the fact that gaming is Nevada’s largest employer.

But as a health expert he said it would be useful to know more, such as where the positive results occurred and how the algorithm identifies who to test.

“All we have is an answer at the very end of it. How they got to that number, we don’t know, so it’s hard to say what it really means.”

Amanda Belarmino, a hospitality professor at UNLV, agreed, but said she was heartened by the revelation that Wynn’s employees likely aren’t catching the virus at work because it could mean the company is identifying asymptomatic employees before they unknowingly spread the virus.

“I think it’s a very good sign in terms of the industry itself as a whole and Wynn properties, in particular, that they’re doing the right thing in terms of preventing the spread of the virus.”

A three-count complaint filed by the Gaming Control Board identifies three dates in June and July when agents observed more than 75 guests in total not wearing facial coverings and not being told by employees to do so, as the guidelines require. Agents also observed as many as 50 guests not following social distancing guidelines while queuing for hotel elevators.

The complaint is the sixth leveled by the Control Board against gaming operators for violations of the Covid protocols. They include the Sahara on the Las Vegas Strip, which is owned by the same private company, Los Angeles-based Meruelo Group, that owns the Grand Sierra.

The properties could face fines depending on the outcome of the complaints.