XFL: Week One Recap, & What’s Ahead 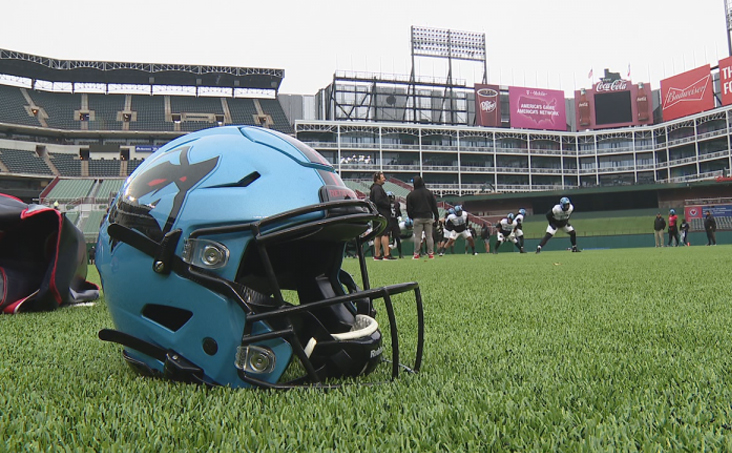 It’s mid-February. The Super Bowl’s over. But football goes on, thanks to Vince McMahon’s revived XFL. More football is always a plus, but can this league make like Lazarus and rise from the dead?

It’s the XFL’s second season, and it comes about two decades after its first, in 2001.

Now the league owned by WWE President Vince McMahon is back, hoping to rack up ratings in the absence of other football action. And it also gives opportunity to talented players who didn’t get an NFL shot.

All in all, there’s potential for this league to thrive.

Opening weekend was no slouch. The two Saturday games of opening weekend brought in roughly 20 times the amount in bets that the failing Alliance of American Football league did a year ago. FanDuel saw momentum build on the XFL as the weekend progressed. Handle on XFL games increased 55 percent from Saturday to Sunday, and bet count increased 31 percent from Saturday to Sunday.

Let’s take a look at each team and how they did in their opening games.

QB Brandon Silvers had a very up-and-down day, going 21-40 for 217 yards and 3 TDs to 2 INTs in the loss. With an average running (by committee) game, this kind of performance isn’t going to cut it. But Silvers was injured on the second-to-last offensive play of the game, and was replaced by B.J. Daniels. It remains to be seen how this will impact the rest of the Dragons’ season, but the start wasn’t as exciting as Seattle fans had hoped.

The Defenders spent Week One backing up and reaffirming their early title hopes, rolling over the Dragons at home. This team looks to be the KC Chiefs of the XFL, with a deep-ball dominant approach. It’s no surprise, as QB Cardale Jones is known for his gunslinger abilities at Ohio State, where he notably went undefeated and won a national championship. With little run game, expect high-scoring games with this team, and much success against teams with weaker secondaries. The Defenders also had a defensive TD coming from former Alabama D-back Bradley Sylve.

L.A. seemed to lack offensive weapons in its opening day loss. Aside from WR Nelson Spruce, who recorded 11 receptions for 103 yards, no player really had a performance worth noting. The Wildcats ran the ball a lot, featuring several different rushers. None of these backs ran too effectively, however, ultimately leading to the team’s demise.

Houston may have been the best-looking team last weekend. QB P.J. Walker was undoubtedly the MVP of Week One, putting up some video-game numbers. He went 23-39 for 272 yards, 4 TDs and 1 INT while tallying a 103.8 QB rating. The Elizabeth, New Jersey-turned-Temple product spread the ball around to an abundance of receivers, while also running four times for 26 yards. The defense was also solid, holding L.A. to 17 points. Expect the Roughnecks to have a very successful season.

Join BetMGM.com’s Money Monday Club, and start every week with a $10 free bet. Just place a total of $50 in qualifying wagers during the previous week (Monday through Sunday).

The Vipers were the only road favorite in Week One, and boy, did they disappoint. Highly regarded QB Aaron Murray had a horrible showing, going 16-34 for 231 yards and 2 INTs. The Vipers did have two bright spots, however, in RB De’Veon Smith and WR Daniel Williams. Smith had 16 carries for 79 yards, and Williams had six receptions for 123 yards. Unfortunately, none of the Vipers could get into the end zone, a major red flag for this team moving forward.

The Guardians played a well-rounded offensive game led by former Penn State signal-caller Matt McGloin. Nobody had a standout game, but an all-around strong performance from New York got them a 23-3 victory in their opening matchup as home underdogs. The Guardians made a statement in Week One, and it’ll be exciting to see if they follow up in a big game at the DC Defenders.

Strong games from QB Jordan Ta’amu and former Redskins RB Matt Jones led St. Louis to a tight opening week victory. Ta’amu had an extremely efficient game, and looks to be the league’s best dual-threat QB. He posted 20 completions on 27 attempts for 209 yards and a TD, while also rushing nine times for 77 yards. Jones added 21 carries for 85 yards as well. The BattleHawks offense is similar, while clearly less productive, to that of the Baltimore Ravens. They have a QB who can pass or run effectively, while featuring a strong power back and a multitude of capable options at receiver. This team definitely has potential to make some noise this season.

Without starting QB Landry Jones, the Renegades failed to get an offense going in their opening game. Backup QB Philip Nelson was efficient, completing 33 passes out of 42 attempts for 209 yards and one INT. No one else contributed much, however, and the team’s three field goals were the only scoring Dallas could manage in this one. Perhaps the offense will turn around with the return of Jones, but this wasn’t an encouraging start for the odds-on championship-favorites.

After one week, the XFL seems to be off to a good start. Don’t miss out on these games and your chance to win with your favorites. Enjoy the action and good luck!

Get in the game and place your first sports bet at ResortsCasino.com. If your bet ends with a loss, you’ll get it back — up to $250, credited to your Sports Free Bet balance.