Yes, You Can Play Texas Hold’em 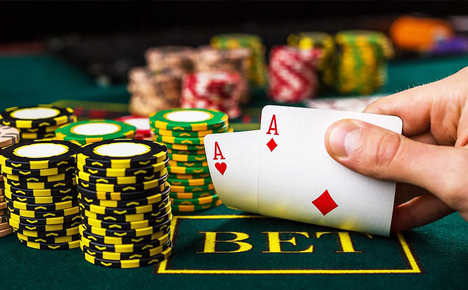 You want to play Texas Hold’em but don’t want to sit down with the sharks. Online poker is a great way to learn the game and hone your skills.

You want to learn to play Texas Hold’em but are hesitant to walk into a poker room. Good news: online poker is the perfect way to not only learn the game, but hone your skills.

Tables that range from one and two cents all the way up to hundreds of dollars; many professionals who play in World Series of P oker events are regulars online. Tom Dwan, Phil Ivey, Patrik Antonius, Fedor Holz, and Phil Galfond are top players in online poker, earning millions of dollars. But this game also welcomes beginners. Your best strategy is to start at a low minimum table and work your way up, building your bankroll as you go.

One big plus is the accessibility of online poker—you can usually play 24/7, and with a multitude of sites, easily toggle between online poker sites. You can also play several games at once, but get comfortable playing at one table before joining two or more games.

The How-to’s of Hold’em

Texas Hold’em begins with each player being dealt two cards face down. The betting begins with the person to the left of the big blind, and that person can either raise, call or fold. Every player has the same option until the pot has equal bets of those players deciding to play.

After the pot is settled, one card is dealt face up next to the three. This is known as the turn. Again, the small blind—or the closest to the left of the small blind—begins the betting.

The final card, known as the river, is dealt face up. Another round of betting begins, and players use one or two of their cards with the five on the board to make the best five-card hand.

Pala Casino rewards your first deposit by doubling it, 100% up to $250. New players also get a free $25 sign-up bonus—no deposit required! 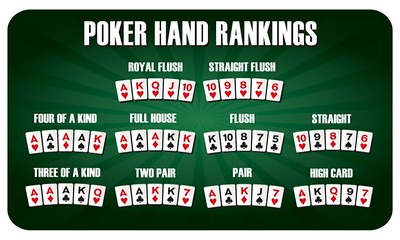 While the rules of Texas Hold ’Em poker are the same online and live, there are differences between the two.

The biggest is the pace. Online poker tends to be faster, with decisions made more quickly. If the only experience you have is playing in friendly games with guys you know, online will feel a lot more frenetic. That’s yet another reason to start off at a lower-level table.

Another difference is the style of play. In live games, the players tend to be more reserved (the famous “poker face”). Online players, especially those at lower limits, are much more aggressive.

So expect online players to bluff far more often. When a player is only risking pennies, the tendency is to play more hands, hoping to catch on the turn or river. It’s not uncommon for several players to be in a hand, with only one or two holding cards that are winners.

Online, it’s a lot harder to read players or gain tells. It’s not impossible to figure out when opponents are bluffing or discern their betting patterns. It just takes a little more work.

Welcome to your FREE Play offer at PartyPoker. Make a qualifying deposit for a 100% bonus up to $600 plus up to six days of FREE tickets worth $30.

Learning the fundamentals of online Texas Hold’em poker is crucial to success. There’s no better place to learn than in low-stakes games, because your mistakes don’t cost you like they would in higher-limit games.

However, the quality of play isn’t as high as it would be in games where the blinds are higher. Lower-level games are referred to as micro stakes. They can have blinds of anywhere from one or two cents up to 25 cents and 50 cents. So go ahead, play in these games. It’ll make you more comfortable with online poker without risking a big chunk of your bankroll. In addition, in these games you’re going up against poorer players. Winning here not only increases your bankroll, but your confidence.

Start at a one-two cents no limit game, and when you get some wins under your belt, move up to a five-to-10-cent game. Climbing the ladder is better than diving into a high-limit game, where sharks are just waiting for newbies like yourself.

Be Aggressive, But Play Smart

Micro stakes expert Nathan Williams says don’t be reserved when you’re playing in low-limit games. He suggests players always raise if entering the pot before the flop. His reasoning: limping into a pot isn’t always smart online, since at least one person will surely be chasing and might have a chance to catch on the turn or the river.

Williams also urges players to re-raise if someone makes a raise before the flop. He said it gives a player more chances to win the pot.

“We can take it down preflop, we can make the best hand postflop or we can force them out of the pot after the flop by continuing with the aggression (more betting or raising),” Williams said.

Keep Stats on Everyone, Including Yourself

Start a file on players to learn how they play with stats provided by online poker sites. Some sites track everything from how often an opponent chooses to play pots (VPIP) to aggression frequency (AGG). You can also learn from the stats on your own play and adjust any weaknesses. There are even third-party sites that keep stats on players. This also can help you in your quest to become a better player.